The two key times for new fragrance launches are spring and autumn – and of the two, I tend to think autumn has the more interesting offerings. This is often due to fragrance houses saving their biggest and best products for the lucrative pre-Christmas market. And 2014 is no exception.

So here’s a sneak preview of what’s coming up, from brand new scents to the inevitable re-workings and re-imaginings of timeless classics we all know and love.

If you’re looking to update your fragrance wardrobe, are on the hunt for a great gift for someone, or simply want a scent that’s more appropriate for the cooler weather and darker nights, this list is a great place to start…

I’ve you’ve always dismissed fragrances from luxury car brands like Bentley and Ferrari, think again: with a boutique fragrance house mentality, both companies have released excellent scents over the past few years and this latest one from Ferrari is top notch.

Woody, earthy and leathery it takes traditional vetiver fragrances in a different direction thanks to hints of coffee and powdery iris. 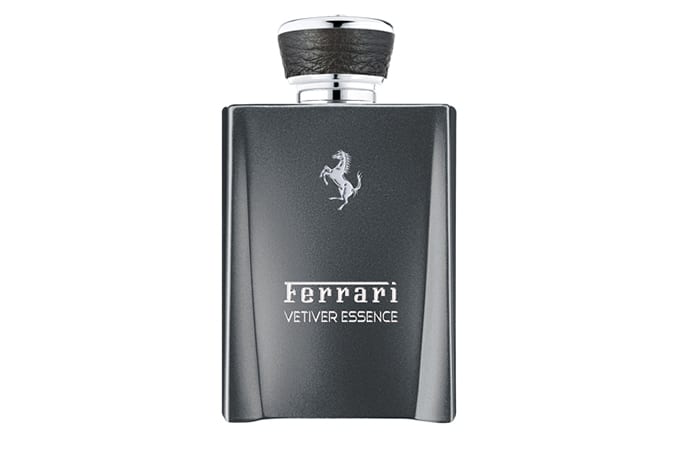 Guerlain’s first men’s scent in six years (nobody can accuse them of rushing products to market to make a quick buck), L’Homme Ideal is different to anything in the company’s current male fragrance repertoire.

A sweet, sexy gourmand fragrance built around notes of vanilla and almond, it’s deliciously warm and creamy and, though not particularly groundbreaking, is already a big hit with my female friends who reckon it has that much-prized and all-important ‘nuzzle factor’: A reworking of Aesop’s ever-popular unisex Marrakech fragrance, courtesy of perfumer Barnabé Fillion (who’s worked on fragrances for the likes of Paul Smith and Le Labo), this version is bigger, ballsier and has much more depth and complexity than the original.

Musky, spicy and sexy, it’s a great addition to your autumnal fragrance wardrobe. Keep your eye out for the handy, pocket-sized 10ml parfum roll-on too: Vibrant and punchy with notes of black pepper, absinthe and sea moss, Adventurer is fresher, sportier and much younger in feel than the original Aramis fragrance, Classic, which celebrates its 50th birthday this year.

It isn’t nearly as memorable, complex or as rounded as its granddaddy, but then Aramis Classic does set the bar rather high: One of the big fragrance trends this year is scents flagged as ‘black’, ‘noir’ or ‘night’.

Richer, warmer, more intense interpretations of existing fragrances, they’re designed to be worn in the evening and are the perfect foil for those light, citrusy fragrances that work so well for daytime.

This eau de parfum – all leather, rum and rose – is one of this year’s absolute best: Love it or loathe it (and I know plenty of people on either side of the fence), Joop! Homme is a true contemporary classic, whose distinctiveness has allowed it to stick around since 1989.

Homme Extreme sexes things up a little with the addition of cocoa, leather and suede. It’s potent stuff though (even more so than the original Joop! fragrance), so go easy when applying: A huge commercial success since its launch back in 2010, Bleu de Chanel is a permanent fixture on bestseller lists, thanks to a winning blend of Mediterranean herbs and citrus fruits, vetiver and earthy notes like cedar and sandalwood.

If you’re a fan of the original you’ll be pleased to know that the end of August sees the launch of a new eau de parfum version. Not only more concentrated, this version smells a little warmer and more sensual too: Ombre Indigo By The Olfactive Studio

If you’re unfamiliar with The Olfactive Studio it’s a project set up by Céline Verleure (the creator of Kenzo Jungle), which sees photographers provide perfumers with inspiration for contemporary fragrances.

This one is a deliciously smoky and leathery number infused with woods, resins and spices. If you’re looking for something a little more ’boutique’ and unusual this autumn, Ombre Indigo is a good place to start: Celebrating the street in London’s St James’ where the Floris story began way back in 1730, this hand-poured, limited edition fragrance came about due to requests from customers looking for something that summed up the feel of Jermyn St, where the company still has a store.

Citrusy and green with hints of gin (it doesn’t get more London than gin!) it’s the perfect tonic for those cold, dark nights: It’s a testament to the strength of Calvin Klein as a brand that long after its time ‘in the zone’, its fragrances still manage to do brisk business.

This latest Euphoria incarnation uses ‘golden’ notes like ginger, cinnamon and amber to create the kind of fragrance that isn’t going to change the world but, like all the scents mentioned above, certainly won’t make it a worse place to live in either: Do you have a favourite autumnal fragrance? And which of the upcoming releases above appeals most to you?

Let us know using the comments box below…

The Best Whisky Guide For Beginners And Drinks Snobs Alike
10

Short Shorts Are Back This Summer