Inspired by ripped posters in the capital, parts of the garments have been pulled away to reveal multiple layers.

“Each day, I witness an ever-evolving collage of posters around the streets of East London,” said Creative Director Wil Beedle.

“Old ones get ripped; new ones replace them. It’s like a multi-layered, living and breathing artwork that I’ve come to refer to as Rip It Up.”

The presentation gave an exclusive preview of pieces from the new collection of bags and footwear, which is expected to launch later this year.

AW14’s approach inspired a video, which was filmed in the brand’s birthplace. The film ‘Rip It Up‘ combines a 60ft video installation with audio soundscapes of the East London streets.

“This notion of Rip It Up connects every aspect of the collection: the brand attitude, the clothes themselves, the environment in which they are designed, and the resulting video installation created in these same streets,” added Beedle.

From its headquarters in Spitalfields, London, AllSaints has expanded into womenswear, footwear and accessories in 35 department stores and 65 standalone stores across the UK, Europe, Canada and the United States. Bosses recently announced plans to enter the Asian market in the coming months.

Viewers globally can see the collection at AllSaints.com and on the AllSaints Facebook page.

Rip It Up AW14 Collection Video 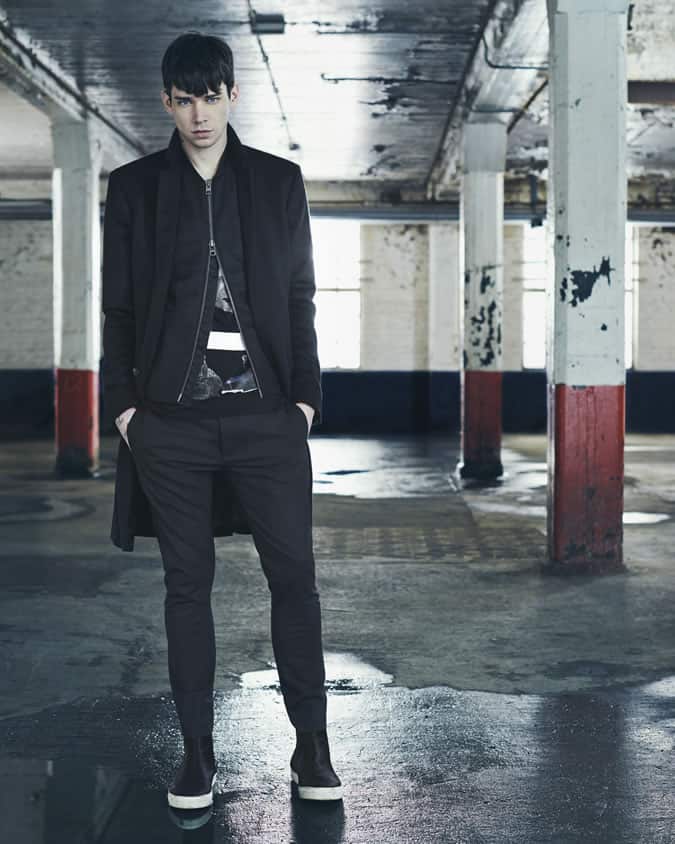