Young designer Charlie Casely-Hayford has teamed up with J.M. Weston to create three new exclusive styles of footwear, an announcement by the luxury French shoemaker has confirmed.

The brand, known for taking influence from Savile Row, has updated classics from the J.M. Weston range, which date back as far as the 1930s.

At the helm, Charlie Casely-Hayford talked to FashionBeans about the collaboration, saying: “There were strong elements of the Casely-Hayford signature British subculture references, but it was represented through the J.M. Weston language of French elegance.”

Having become synonymous with modern British tailoring, the name is now a favourite among celebrities including David Beckham, U2, and Nas, and recently identified as one of FashionBeans’ menswear influencers you should know for 2014.

The resulting collection mixes tradition with contemporary elements, produced by using what the part time model labels as the “highest form of modern technology”.

All three styles – including a quilted effect loafer, double sole and limited edition triple sole derby with calfskin edging – are being made in two colour ways. Laser-etched leather in a Prince of Wales check features on the latter two, a process completed in the J.M. Weston factory in Limoges.

With long history in tanning and leather, the footwear company, whose flagship sits on Jermyn Street alongside the likes of Church’s, launched in 1891 before going on to re-invent the loafer. The French house manufactures its shoes in a single factory, where shoes are crafted on leather soles, taking months to produce using traditional techniques.

Charlie Casely-Hayford wanted to build on this heritage while staying true to his own approach: “I was interested in the idea of making a modern statement for this generation without alienating the rich past of J.M. Weston.”

Prices will range between £490 and £730 when the collection launches at J.M. Weston stores in London, Paris and Tokyo from May. 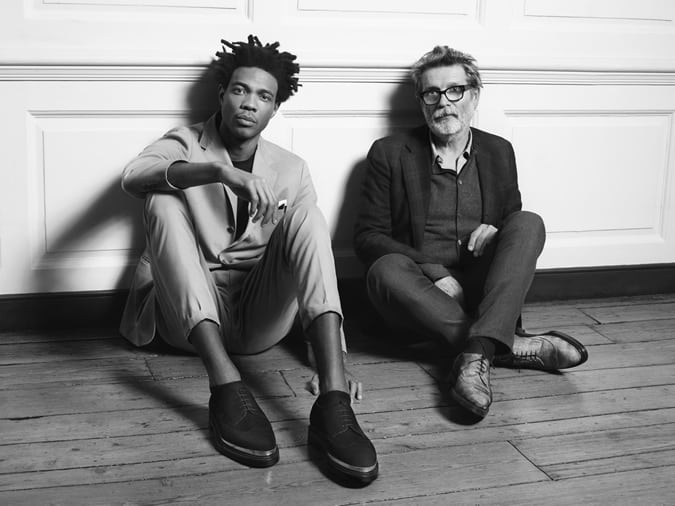