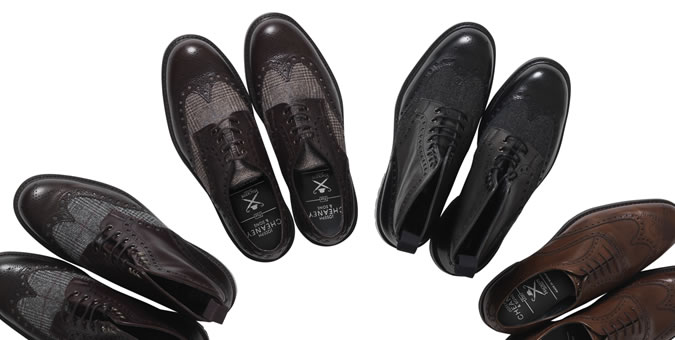 Hackett is set to expand its product range next month through two collaborations with a total of three British brands.

The project with Cheaney and Fox Brothers will see a range of shoes and boots launched in a limited run of 150 per style. Six models, each made from burnished British leather in brown and black, feature wool cloths in check and herringbone patterns.

The Joseph Cheaney & Sons x Fox Brothers shoes will be available to buy in the UK from Hackett’s Regent Street and Sloane Street stores, priced from £375. The Bill Amberg bags will be available from other select stores, retailing from £495. Both collections, set for a November release, will also be available online.