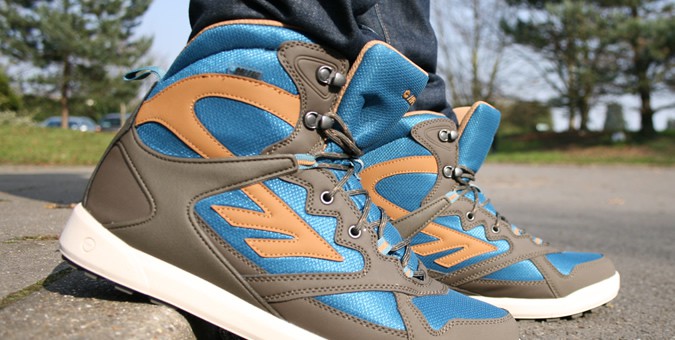 The inventor of Britain’s all-time best-selling sports shoe is responding to the demand for retro gear by launching a footwear collection on ASOS.

Hi-Tec Sports, which will celebrate its 40th birthday this year, has made seventeen items available via the online store’s Marketplace, aimed at showcasing independent and boutique labels.

Military boots, running shoes and slip-on footwear are among the ten styles on offer to men, making up the majority of the SS14 line.

Off the back of a win for Sports Footwear Brand of the Year at the 2014 Footwear Industry Awards, a spokeswoman told FashionBeans the label is “thrilled” to announce the launch of its Original Designs collection.

“This is a massive platform for us and we’re excited to present Hi-Tec favourites to the ASOS audience,” she added.

Now based in Amsterdam, Hi-Tec Sports, which was founded in 1974, has also brought back its popular Squash Classic style. The company’s first ever shoe, it maintains the record for the highest recorded unit sales in history, with over 18m pairs shipped to date.

Footwear in the new range is priced between £26.99 and £79.99. Available now, though with many styles in limited numbers.

The brand continues to sell footwear and clothing designed for different sports and activities via its own site.