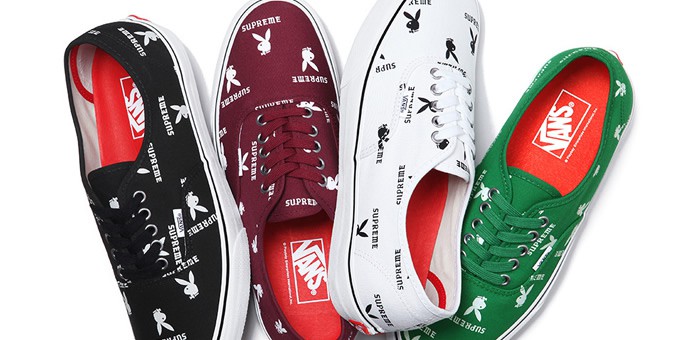 New York skate label Supreme has teamed up with US Playboy and shoe manufacturer Vans to release the new Sk8-Hi and Authentic models.

The exclusive trainers, which launched this month, feature two classic Vans silhouettes emblazoned with the Playboy bunny and Supreme logos.

Available in white, black, green and burgundy, the styles feature a premium suede/canvas upper and a quality leather lining.

While Supreme has teamed up with both companies in the past, it is the first time that the three labels have worked together.

Sources reported both trainers selling out within minutes of going live across New York, Los Angeles and London, with Japan following a few days later. Shoppers are now turning to stores across the UK to locate remaining pairs.

Moving swiftly, the company has announced that it will be releasing two further exclusive Vans designs as part of its collaboration with alternative Japanese clothing label Comme des Garçons. The partnership is expected to reach stores in June.

The Supreme x Playboy x Vans designs are available now via Supreme’s online store, retailing from £89 to £99 per pair. 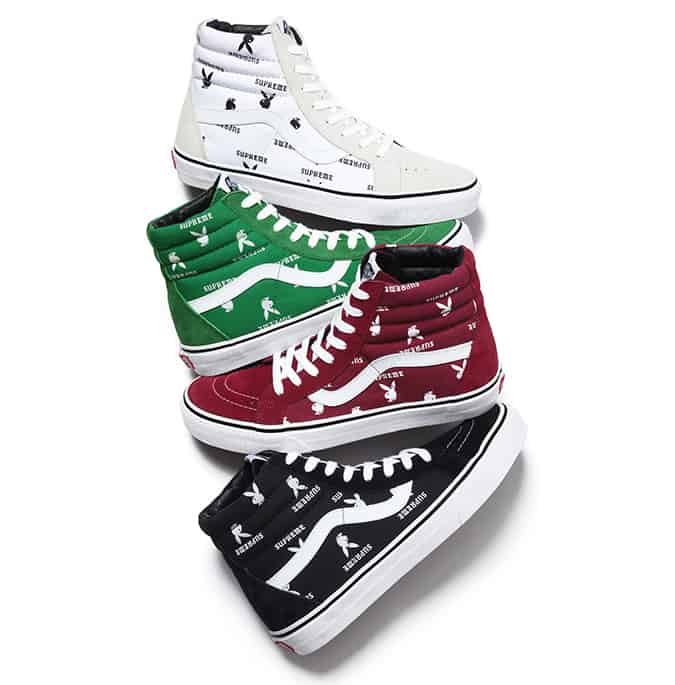 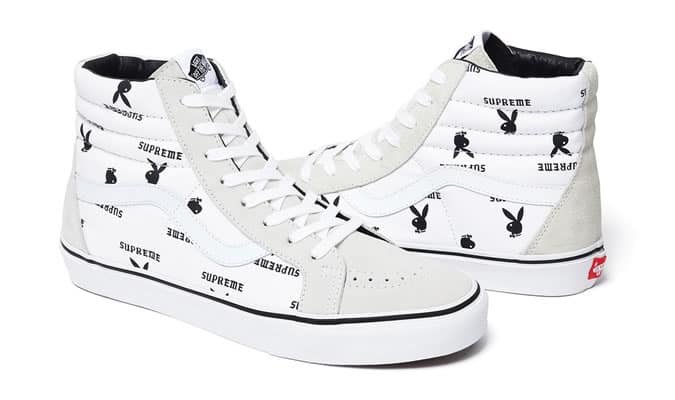