Winter is menswear’s power season. Yet when thermometers start icing over, most men banish sartorial thoughts and instead grab the nearest, fluffiest item in the hopes of staying toasty. Error. More clothes means more opportunity for making a positive statement.

To make sure that statement isn’t offensive, we’ve identified seven cold-weather pieces no self-respecting man should have in his wardrobe, and offer suggestions on what to replace them with.

Bobble hats may be acceptable chalet wear, but away from the slopes the bobble is an instant dignity-robber for any self-respecting man.

Now the domain of children and hipsters, anyone trying to look a cut above should steer clear of extraneous head appendages. After you’ve burned the bobble, don’t settle for a hat that makes you look like a skater boy. “The beanie is an incredibly versatile accessory that every man should own,” says Robyn Ferris, menswear buyer for Mr Porter. “A subtle pattern like a fleck or Fair Isle on a thick ribbed beanie should provide just enough visual quirk without you having to look like Where’s Wally.”

Avoid garish logos and absolutely no peaks. In terms of colour, Ferris recommends solid olive green or deep navy. The ideal length is snug around the top of your ears and slightly looser at the back – too tight and it’ll look like a prophylactic. The glossy puffa is reminiscent of Eastenders’ Bianca Jackson – not a regular on most designers’ mood boards.

“The puffa jacket is having something of a moment right now, but there’s nothing worse than a shiny one,” says Ferris. Not only do they make you look like a walking fire hazard, padded jackets do nothing for your silhouette either. Most men need to elongate their physiques; the puffa conspires to do the opposite, its bulk forcing you to struggle into pockets and through doorways. Although less garish quilted options are available, layering will often do away with the need for such offences altogether.

“A shirt, chunky knit and decent leather jacket will keep you looking good as well as warm,” says fashion blogger Michael Adams, aka Michael84. For smarter occasions, a cashmere jumper over an Oxford shirt, combined with a blazer, scarf and pea coat, will do the trick without conjuring the Ghostbusters marshmallow man.

For those situations where only a proper outdoors coat will do, try a matte down-filled parka from an outdoors specialist like Canada Goose, Woolrich or Penfield. Another ski-bum staple (are you starting to see a pattern?), the snood is the epitome of lazywear; the symbol of a man so mellow that rather than bother with the conundrum of scarf knot choices, he decides to eliminate the middleman altogether and staple the ends to each other.

Unfortunately, the snood screams student or burnout, regardless of how much formalwear you pair it with. Before we delve into ‘what does your scarf knot say about you’ territory, remember that scarves can create different looks; looped through to bulk out a pea coat in colder weather or left loose hanging under a blazer to inject life into staid formalwear.

A subdued tartan pattern or similar, such as this Barbour merino-cashmere piece, will introduce a subtle touch of colour to your outfit and fortify your torso against the chill. As the current trend for suede and shearling spills over into shoes, winter boots are starting to look more like Uggs, the uniform of Starbucks-dwelling single girls everywhere.

It’s a headturner for all the wrong reasons; when you want a classic look, you’re actually getting classless. Alternatively, if you want to steer clear of sheepskin altogether, leather brogue boots are a foolproof addition to your shoe rack that will work year-round with both denim and tailoring. Whether it’s a Santa-suit Primark monstrosity or matching his ‘n’ hers knits, showing off these eyesores anywhere other than a Christmas do is a hanging offence.

Although we understand the temptation to get more wear out of a once-a-year purchase, take our advice: don’t. A dark, well-made knit with a horizontal pattern is fun enough to join in the Christmas party and get a bit of wear out on the streets in winter.

Ferris recommends examining designers such as Alexander Wang, who’ve begun to embrace Fair Isle prints, albeit with a modern spin. This eye-catching option from the AW15 collection is bright and festive, but can be worn to the pub without shame. Are you going for a run? No? Then you must be going camping. By the very name windbreakers scream functionality. They do a job and they do it well, but like so many of the most useful things in the world, they don’t often look good doing it.

Those two-tone dayglo hues are great for being spotted on the moors. Less so at fashion week. 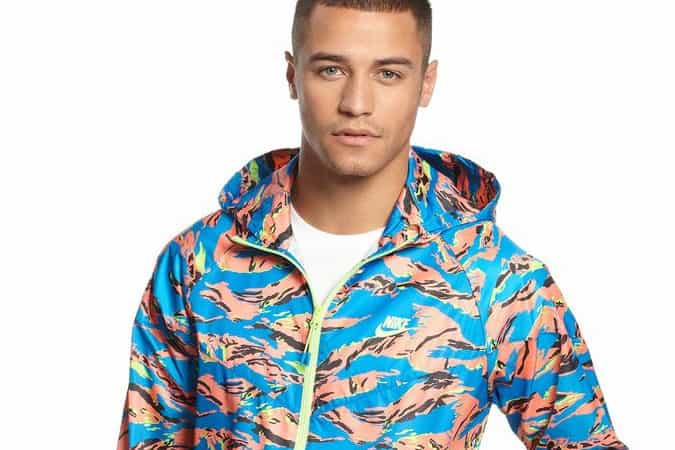 The Innocent: Windbreakers In Disguise

Fortunately, brands have cottoned on to the utilitarian nature of performance fabrics and incorporated them into better-looking pieces.

Levi’s, Stone Island and Baracuta are just some of the labels offering up stylish bombers, track jackets and Harringtons in water- and windproof materials this season, which are able to cope with whatever Mother Nature throws at them. 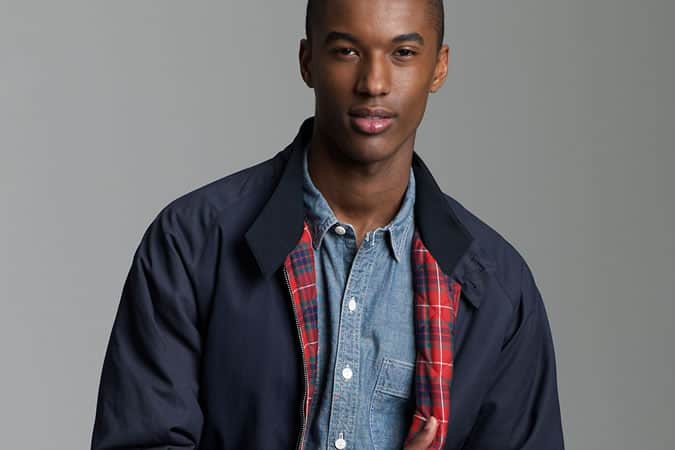 When it comes to high-end menswear, style often takes precedence over substance. But rarely is that truer than with the hooded gilet.

At least normal sleeveless hoodies – while unappealing as a fashion statement – serve a purpose when working out. But hooded gilets, especially those in solid bright colours, continue to linger on through winter like a cold-sore. When big coats are too warm, the solution isn’t to chop the arms off. Instead, layering lets you bundle up without looking bundled up.

Lightweight, unlined coats – from macs and trenches to parkas and field jackets – will slot over knits to keep you weatherproof without a) sweating or b) looking like a Young Conservative. So, do you agree with our list? Any other winter eyesores we’ve missed?

Let us know in the comments section below.

The Ultimate Guide To The Rolex Oyster Perpetual
4

Tom Ford Colognes: How To Pick The Right One For You
5