From Beckhams in bombers to Pine's perfect pullover, here's the men that got it right
By Murray Clark 13 January 2017

If ever you needed a masterclass in 1960s dressing, this is it. Chris Pine nails all the Andy Warhol feels with a classic navy double-breasted suit, dressed down perfectly with a black roll neck. We’ll even let the Santa beard slide. Where: National Board of Review Gala, NYC

Turns out the man behind House Of Cards’ chief of staff is a far cry from stuffy Capitol Hill. The sleek all-black look stands out thanks to a subtle printed shirt, proving that muted ensembles can still make a mark. With his latest flick Loving already deemed a classic, Joel Edgerton follows suit on the red carpet. The white dinner jacket is a subtle alternative to the usual fare, with a bow tie, black trousers and dress shoes providing a traditional anchor. If like Brad Goreski you tire of conservative black tie clobber, opt for a printed dinner jacket instead. The all-over metallic motif pops without breaking the dress code, while a darker colour palette is more than wearable (even if you aren’t a world-renowned stylist). Remember the kid at school who was good at everything? That’s Ryan Gosling. When he’s not dancing up a storm in La La Land, he’s making long-haul flights seem stylish. No sofa-worthy joggers, no dark circles (that we can see), just a simple look made memorable by layering two classics – a leather biker and white T-shirt – with a check jacket thrown on top for added ballast. Show off. A 1970s Lothario one minute, Cuban holidaymaker the next; it seems Donald Glover can do no wrong. Here, The Martian star taps Mr Ripley for inspiration with a classic two-piece given a slight twist with a tonal floral print beneath. No, not a modern reincarnation of Fagin and protégée, but David Beckham and his eldest. Here, the father-son duo modernise Victorian essentials such as the overcoat and baker boy hat with on-trend pieces, namely the bomber jacket and sturdy lace-up boots. 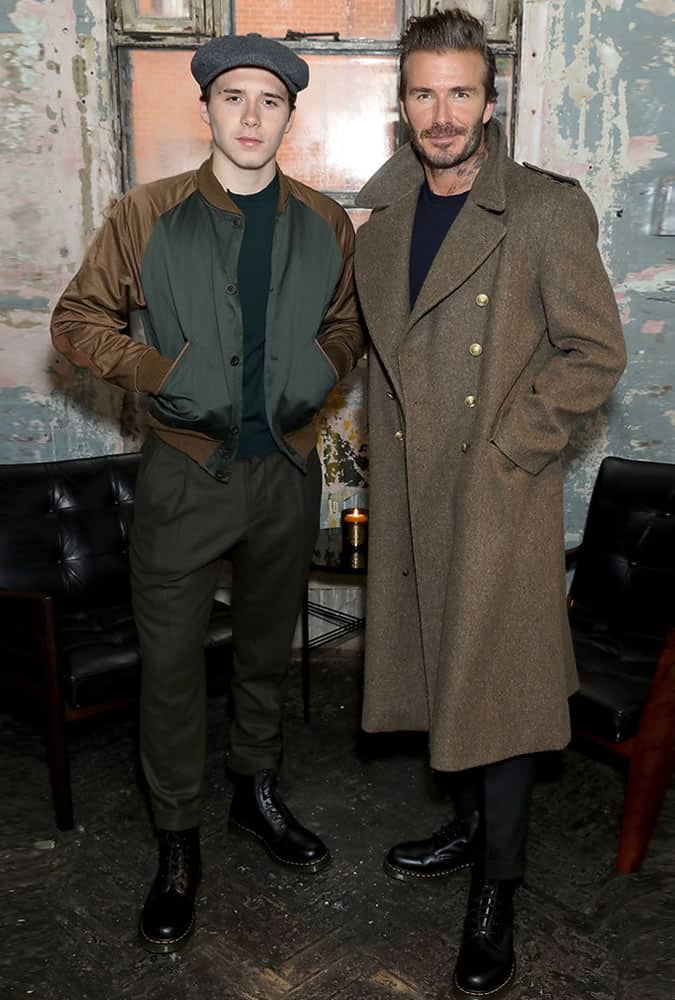 Where: BAFTA Tea Party at the Four Seasons Hotel in Los Angeles

While Hiddleston frequently makes our list of the best dressed, he rarely takes a risk; something that makes his most recent appearance all the more refreshing. Classic navy has been swapped out for burgundy, with the sometimes tricky colour poured into a classic double-breasted shell and finished with a tonal pocket square. Not quite Bond material, and we couldn’t be happier. The Man’s Guide To Testosterone
2

The 5 Best Summer Shoes For Men
3