4 Shoes Every Man Should Have In His Collection This Spring

Unless you’re in the army, a builder or a Hells Angel, attempting to wear the same clunky pair of leather boots year-round is less than practical. As the bitter cold turns to warmth, and the pouring rain gives way to, well, slightly less pouring rain, it’s wise to give your footwear collection a seasonal reshuffle.

For more than 130 years, heritage shoemaker Frank Wright has been making the switch between seasons seamless, first for Victorian-era cavalry officers, then the London Carnaby Street fashion scene, and now everyday stylish guys.

Today the company draws on its rich history to create a mixture of trend-led and timeless designs, including these four key styles that no man should be without this spring.

Simple, stylish and versatile, it’s hardly an enigma as to why the Derby shoe has found favour with men from all walks of life for centuries.

More relaxed than its close-laced Oxford cousin, but still capable of looking smart, there are few situations when having a few pairs to hand doesn’t make the arduous task of getting dressed easier.

At the weekend, wear them with jeans and a button-down shirt for a more polished take on standard downtime attire, or sub-in chinos during the week to nail tricky to dress for smart casual events. The designers at Frank Wright understand the importance of a good pair of Derby shoes, and as such have designed a range incorporating everything from sportier styles like the Chiefs trainer hybrid, to classic options like the perforated suede Rudd shoe.

But we’re particularly fond of the brand’s Detroit style. Rendered in soft grey nubuck, it’s a traditional silhouette infused with modern touches such as a sleek low profile and white rubber sole, bringing it bang up to date. 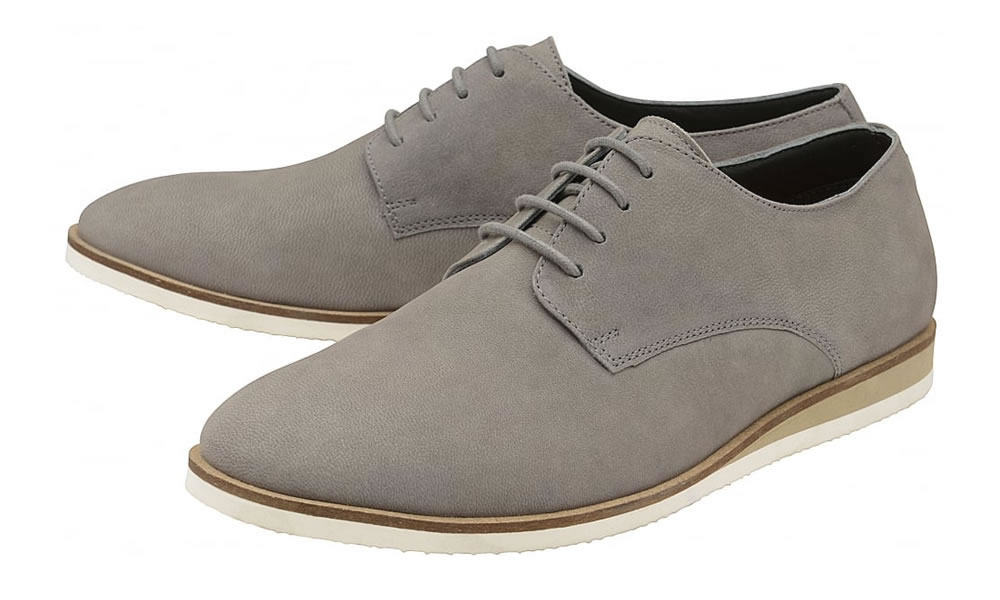 It’s a question that has divided the menswear scene for decades: is it even summer if you aren’t strutting around with your ankles on show? Perhaps not. And perhaps even less so without a pair of tassel loafers on the ends of your legs.

The ideal shoe for everything from hazy afternoon beer garden sessions to full-scale, summer wedding frivolity; whoever said feet can’t look stylish and smart in the warmer months had clearly never slipped a pair of these on.

While it can never hurt to own multiple designs, when first building a selection of slip-ons it pays to invest in neutral tones that will happily sit under slim, contemporary denim one day, and a cropped suit trouser the next. Frank Wright’s unique blend of classic sensibilities and subtle contemporary touches make its tassel loafers some of the best around. Think summery colours, light materials and plenty of the brand’s signature style.

A prime example is the Orlov loafer in suede. With a clean minimal upper resting on a modern rubber sole, it’s the perfect way to spice up your warm-weather footwear rotation. 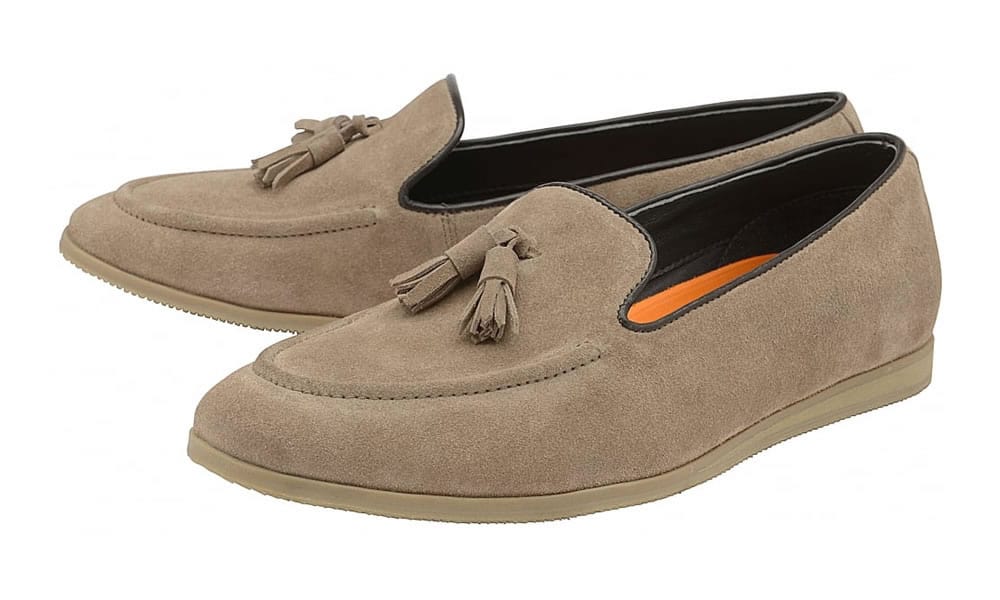 Just because winter is over doesn’t mean you have to stop wearing boots entirely. The occasional wet or chilly day makes a lightweight pair a viable option and, if you pick the right style, it’s simple to make them work with the rest of your wardrobe.

Enter the desert boot. Inspired by the footwear worn by army officers based in Cairo during WWII, today the shoe does its best work stationed in men’s wardrobes on home turf.

Whether deployed under suit separates to take the formal edge off tailoring or alongside corduroy trousers and a smart bomber for a look that feels true to its heritage, you’re guaranteed good wear out of these. Featuring classic suede desert boots like the Walker, and modern canvas lace-ups like the Truro, Frank Wright has everything that’s needed when it comes to transitional footwear that’s ready for anything.

A modern take on the classic shape that manages to be both timeless and contemporary, the Wentworth boot is as good as it gets. Featuring luxurious navy suede uppers, contrasting laces and an on-trend gum sole, it’s quite possibly the most versatile design we’ve seen to date. As the heat rises, your aim should be to remain well-stocked with footwear that doesn’t just look cool, but feels cool too. As such, it’s hard not to get breathlessly excited over a pair of moccasins.

The style traditionally consisted of a sole and sides made from a single piece of leather, but modern variations are finished with a strip of rubber or cork underfoot for added durability. The result is footwear that’s smarter than an espadrille but more laid back than ‘proper shoes’, making it ideal for holidays abroad.

Back on home soil, no man strutting through the city in classic denim should be without a pair of these breezy beauties. Some cuffed jeans and a well-fitting T-shirt is all that’s needed to make this bona fide warm-weather essential sing. Season after season, Frank Wright brings its signature style to this casual classic, reimagining it in earthy, neutral tones that will work perfectly with the rest of your wardrobe.

The Rutland moccasin is a laid-back take on the silhouette. A cork and rubber sole unit offers a ready-for-anything look, while the lace-up body and traditional moc-toe stitching maintains that relaxed vibe we all strive for when the mercury rises.