The Best All-Black Outfits From The Golden Globes

If the Oscars is the grand finale of awards season, consider the Golden Globes a major dress rehearsal. It’s here that the world gets a flavour for the big winners, the up-and-comers and, most importantly (at least for us), the red carpet looks set to dominate Tinseltown’s best-dressed time of year.

The 75th annual ceremony was no different. Well, it was, in a way. Lending support to the #MeToo and Time’s Up campaign, several male stars opted to follow their female peers and don head-to-toe monochrome in stylish solidarity against sexual harassment and inequality in Hollywood.

Progressive gender politics aside, all-black is a move straight from the A-lister’s style playbook. But monochrome is not without a margin of error, and the rules are just as important. 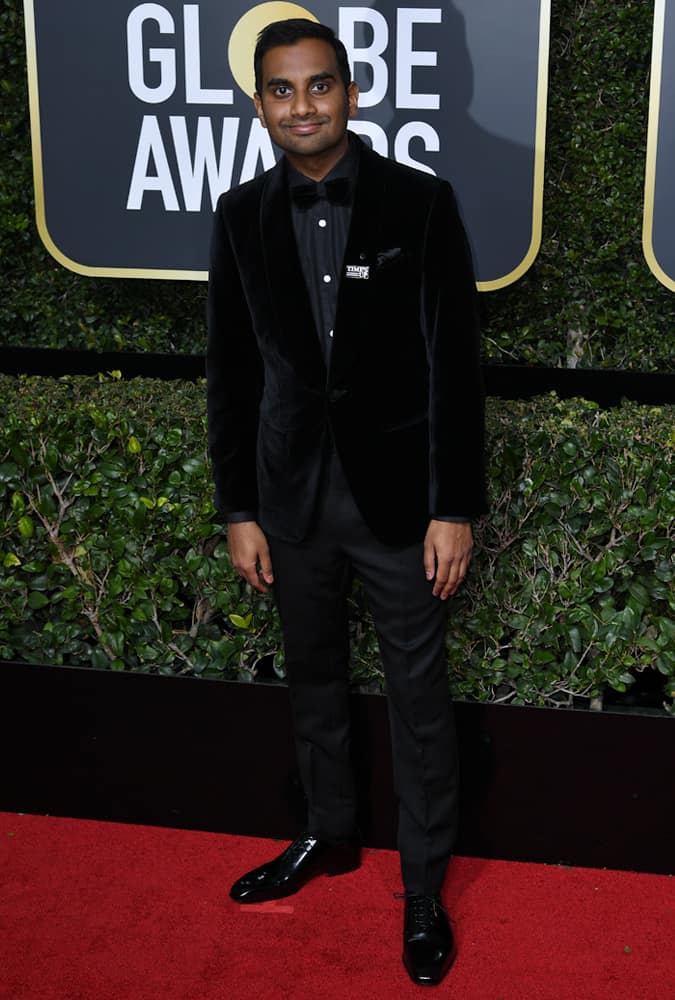 To get it right, take note from the likes of Chris Hemsworth and Aziz Ansari by playing with texture. A velvet or embossed jacket will save the single palette from mediocrity, adding depth to what can be an otherwise flat outfit.

Or take the lead from Ewan McGregor and Common by using small points of difference – such as a pleated front shirt or lapel pin – to stand out in a sea of penguin suits without heading into peacock territory. And, as always with tailoring, focus on fit (check out Justin Timberlake and Ansel Elgort’s suits for razor-sharp inspiration). Just one droopy cuff can demote you to the Z-list, so set aside a small budget for alterations.

Follow these tips, and you’re almost guaranteed a look worthy of a wardrobe gong rather than a Razzie.