The Best Sneakers Of All Time, As Picked By Sneakerheads

There are trainer wearers: people who, well, wear trainers. And then there are sneakerheads: frenzied collectors, bloggers, buyers and resellers responsible for an industry that, by 2020, is predicted to be worth $220bn; more than the GDP of New Zealand, Portugal or Qatar.

And if you ask anyone in this modern-day subculture – which has its own boutiques, blogs, books, exhibitions and even pawn shops – how many pairs they own, the answer will frequently reach into the thousands.

So surely whittling down the endless new releases, limited editions and collaborations these sneaker obsessives hustle, camp and queue around the block overnight to get their hands on would be an impossible task?

That’s exactly what we got some of the biggest names in the game to do. Here are the greatest sneakers of all time, according to the people who really know what they’re talking about.

“My favorite sneaker of all time is, and always will be the original red, grey and white Nike Air Max 1,” says Sean ‘Paperchasr’ Williams, who co-founded the wildly popular podcast Obsessive Sneaker Disorder.

“Launched in 1987, it was the first sneaker created by focusing on the midsole, an approach now used by every major sportswear company in the world. Thirty years on, the Air unit is still one of most copied design features and has even made its way into dress shoes. In my opinion, no other sneaker has changed the game quite like it.” “The Stan Smith was never supposed to be the Stan Smith,” says Matt Welty, associate editor of the Complex sneakers channel. “When Adidas first manufactured the sneaker in 1965, it was given to French tennis star Robert Haillet. It would be another eight years until Stan’s now-signature photo would grace the tongue of the shoe.

“What makes the Stan Smith the greatest sneaker ever isn’t who it’s named after, although Stan himself would go on to win both Wimbledon and the US Open during his tennis career. But rather that it’s a design so simple – with its white leather upper, perforated Three Stripes, and green splash on the heel – that it can’t be bettered. It’s become Adidas’ best-selling shoe ever and like Stan Smith the man, the shoe keeps on keeping on.” “It’s difficult to nail down the best of all time, but I would say near the top of my list is the Air Jordan 3,” says Tyler Blake, who has produced collaborations with the likes of Saucony.

“The model was the brand’s saving grace in the late eighties, and helped cement Michael Jordan’s legacy within footwear. Everything from the elephant print to the tongue branding and flight script are all still synonymous with Jordan today. The now iconic ‘Jumpman’ logo also first appeared on this shoe, replacing the Wings logo on the Jordan 1 and 2. This, combined with the technical abilities of what I feel is the best off-court lifestyle sneaker, is why the Jordan 3 deserves a spot in the hall of fame.” “Clean. Classic. Timeless. Ask me to draw a sneaker and this is the silhouette I would start sketching,” says Patrick Dempsey, who blogs under the alias SneakerGrandpa.

“The Reebok Classic is the model that sparked the collecting bug for me. Leather, suede, mesh, nubuck – it doesn’t really matter. Add in a gum sole and I’m set. There have been so many great releases over the years, but the 30th Anniversary pack, which contained collaborations like this one by Tokyo sneaker store Mita, as well as Michigan-based boutique Burn Rubber and the late sneaker journalist Gary Warnett, from 2013 tops my list.” 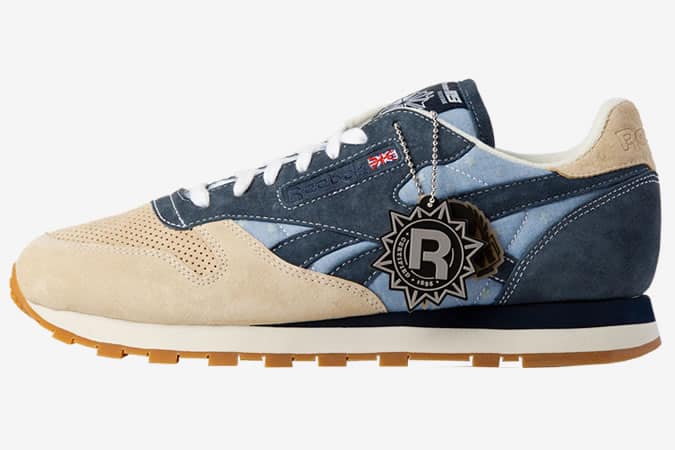 “My tastes change all the time, but if I had to pick a favorite out of the ones I have owned I would go with the Adidas SL80 in a navy/gold colorway,” says Brendan Wyatt, owner of deadstock specialist Transalpino.

“Released to coincide with the 1980 Moscow Olympics, the athletic shoe takes elements from its predecessor, the SL72, and runs with them. I made the mistake of selling mine when I reopened Transalpino back in May 2015, but I recently found an OG pair at a secret location in Asia. It would be hard to upstage the SL80, unless of course I found a pair of the extremely rare SL82s.” “As with most things New Balance does well, simplicity is the key to this all-time classic silhouette,” says Robert Stewart, founder of professional sneaker cleaning service and brand Sneakers ER.

“Introduced in 1985 and hailed as the first running shoe to cost over $100, the JP still holds firm as the holy grail for many collectors of the brand. Re-released every five years, expect a scramble come 2020 as we all try and catch a limited pair (or two, or three).” “Whether they actually like them or not, every sneakerhead knows that few styles revolutionized the sportswear industry like the Air Jordans,” says Kish Kash, who has forked out more than £250,000 on his collection of over 2,000 trainers.

“Aside from having an endorsement from the greatest basketball player of all time and a campaign by legendary hypeman Spike Lee, designer Tinker Hatfield completely transformed the blueprint of how athletic kicks could look. I was the first person in the UK to own a pair and when I wore them, people would literally be twisting their necks to get a look. I even met one of my best mates by bonding over the model, proving that the right style can transcend being mere cool footwear, and can even cement the bond between lasting friendships.” 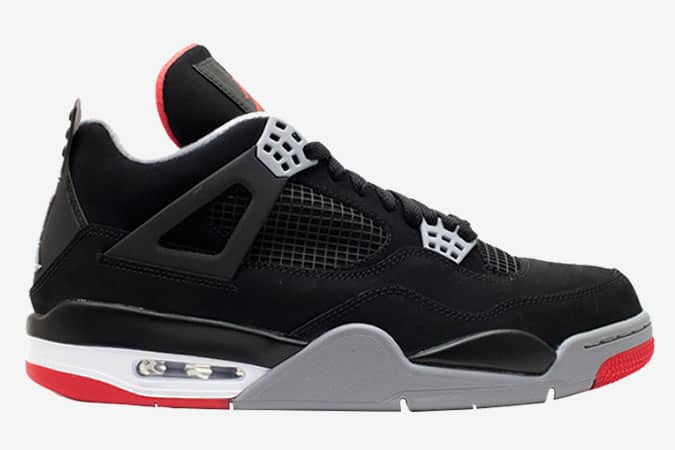 “Out of all the kicks I’ve owned over the years, my greatest of all time has to be the Converse Chuck Taylor high-top,” says Maj Veloso, whose sneaker Instagram account has more than 25k followers.

“The timeless style is what first got me into sneaker collecting around 10 years ago and at one point I owned over 120 pairs, a good handful of which were Chucks. Bought in a classic black colorway, they can be matched up with anything from a pair of jeans to shorts.” “Stripped-back silhouettes have been a ubiquitous trend across the sneaker market for a number of seasons now; albeit with contemporary twists such as stamp detailing, color variation and designer collaborations,” says Selfridges buying manager Luke Mountain.

“Launched in 2004, Common Projects’ Achilles Low epitomizes this new laid-back style and paved the way for simple sneakers as we know them to infiltrate every aspect of the male wardrobe, even tailoring. With their quality construction and wearable, minimalistic design, it’s easy to see why they are recognized as future classics.” “For us, the shoe that exemplifies all three more than any is ’s Crown Jewel of sorts, the Air Max 1 ‘Jewel’. After returning this year to duke it out with multiple OG releases, the Jewel displayed everything needed for a modern-day drop. Accents of color on the branding pop against the monochrome palette, with the subtle Jewel swoosh showing addition by subtraction. After a series of drops this year (my favorite being the ‘Carolina Blues’), I can’t wait to see the next.”