Charlie Rowe: The Rocketman Star Is About To Take Off

Wardrobe wisdom from the UK's next leading man
Men's Style By Charlie ThomasPhotography: Will Bremridge

Don’t break your neck sucking your own cock”. It’s a remark delivered with cutting humour by Stephen Graham’s character – an exuberant music publisher – in the Elton John biopic Rocketman. The recipient? A young Ray Williams, the man who discovered Elton, played by Charlie Rowe.

The British actor doesn’t appear as though he’d fall victim to such an accident. With eye-catching TV roles in the bank and his name linked with characters as big as Spider-Man, Charlie is ready for stardom, and looks it in our ‘70s-inspired photoshoot. He is Roger Moore levels of smooth, at ease with his clothes and his surroundings. His leading man jaw demands your trust, and big brown eyes let you know he’s got your back.

His character in Rocketman is not so reliable. You wouldn’t trust him, for example, to nurture and manage one of the greatest musical talents of the 20th century, which, as a producer, was his job. This is why his boss, Dick James (Graham), warns him about phallic related mishaps. 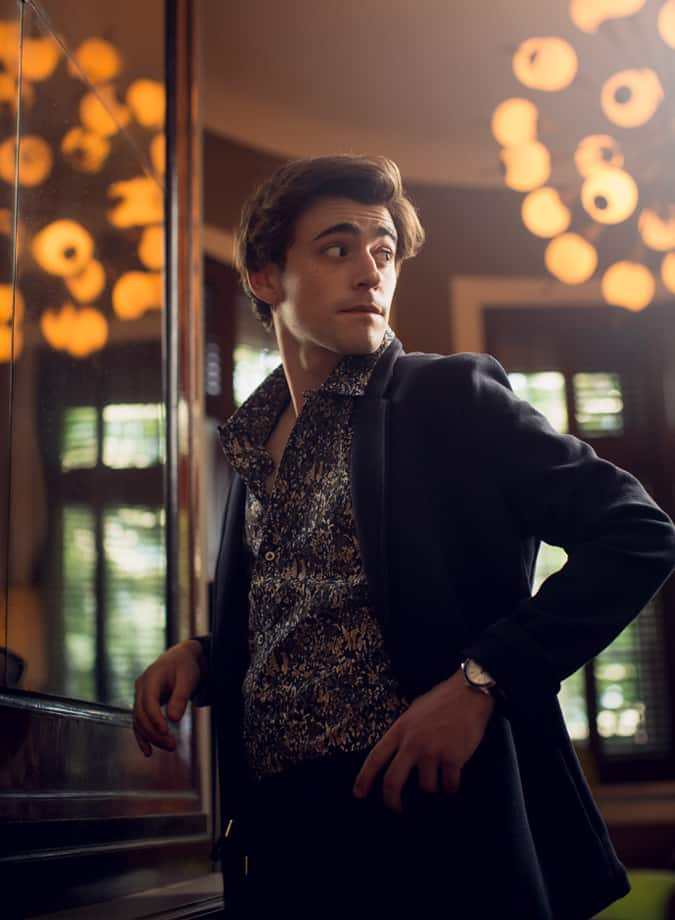 “He’s a little bit of a joke in the movie”, Charlie admits of his character. “You’re made to feel as if he isn’t up for the task, or he’s this posh kid surrounded by these music talents.” The eyebrows raise, “But I just wanted to portray him as this guy who was into Elton and into his job. I didn’t want Ray to feel like he was a joke.”

Charlie’s role in the film isn’t huge, but Ray Williams plays a pivotal part in Elton’s career – he gave him his big break (in real life too, although the relationship “sort of ended quite badly”). The actor, who grew up in north London, was worried he wouldn’t be in the film at all though.

“I had to go and see it the day before the premiere, because I was so nervous. I didn’t know how much of my part was going to be in it. I hadn’t spoken to Dexter Fletcher (the director) as to whether I was still in it [at all].” 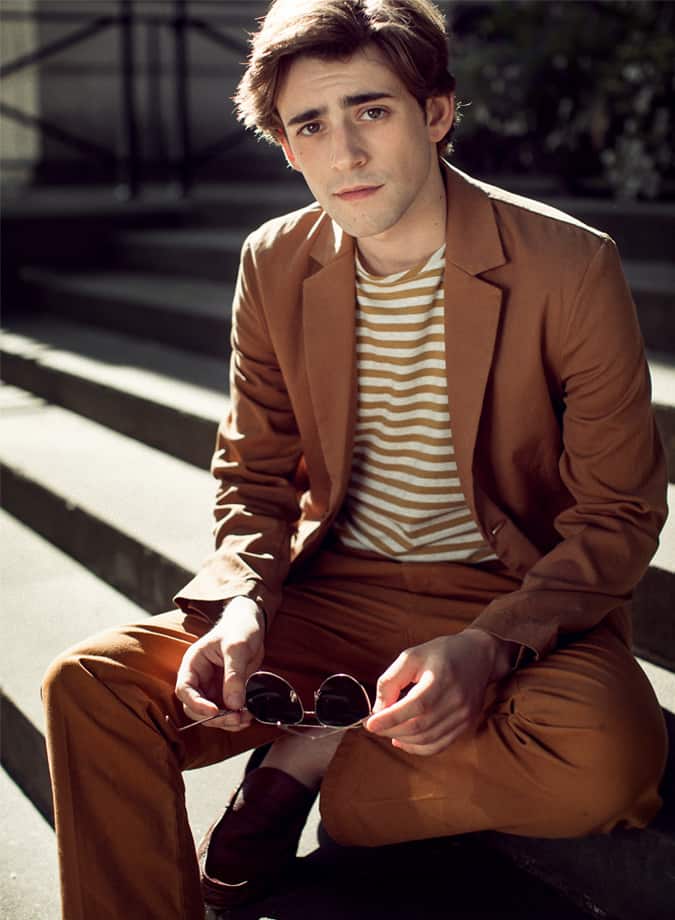 He was, of course, still in it, but it may not have been his face you noticed first of all. “In my first scene in the movie, I’ve got my feet on the desk, and he’s wearing the pointiest shoes you’ve ever seen.”

They’re weapons. While a fan of ‘70s style, Charlie’s the first to admit these winklepickers aren’t for him, although he places a lot of value in the transformative affect clothes can have on a character, fictional or not.

“I did a project called Vanity Fair, and there was something about the fact that only when I was in the get up was I ready. It’s almost like putting on the armour. With Ray, it’s that same thing, although the trousers were a lot tighter. I would unbutton the shirt down to the navel, and it’s like, ‘yes, now I’m this guy’. It suddenly makes the character more real for me.” When it comes to dressing himself though, like most guys, Charlie has his anxieties. Yes, clothes can have transformative qualities, but they can also make us feel self-conscious if we aren’t comfortable. “Even if I’m in America, and LA is boiling hot, I still don’t have the courage to wear a pair of shorts, so I’m dripping with sweat in black jeans or brown cords in the middle of LA.”

For many actors, this is where a stylist comes in, but, as someone interested in menswear, and even runs his own clothing brand – Alcatraz Beach Club – with a friend, Charlie currently gets himself ready for red carpet dos like it’s just a night down the pub.

“I do not have a stylist. But I am interested in having one purely because I get extremely in my head about what I’m wearing and then I’m like ‘fuck, am I wearing the right thing, I don’t know.’ So I like the idea of someone making the decisions for me. I trust my style, I think. Even though I second guess it, initially I do trust it. If I could just stick with that initial trust then I think I’ll be ok. I get why people do it, it’s one less stress.” He certainly looks at home in the clothes he’s wearing on set in a North London apartment. Inspired by some of the ‘70s looks in the film, featuring corduroy, suede and shades of brown, all synonymous with the era of disco, LSD and of course Mr Rocket Man himself. And not a pointy shoe in sight. His real style inspiration, though?

At 23 years old, there’s plenty of time left for the gut – and the big break, too. It just won’t be him giving it out this time. How To Make ’70s Style Work In The 21st Century

Go Big On Your Fit

Menswear is loosening up after a decade or more of skinny fits. That doesn’t mean flares are back, but roomier 70’s-style fits are flattering and comfortable when you get them right. Think loose denim shirts, oversized knitwear and pleated trousers.

Get Swayed By Suede

Tactile fabrics are one of the lasting style takeaways from the 1970s. Corduroy is back, maybe for good, but don’t forget cow hide. A strokable suede jacket is worth saving up for and will last years if you take care of it. Luxurious and perfect for adding some subtle fabric contrast to an outfit, it’s a must-have for spring and autumn.

Warm To A Richer Palette

The ’70s was not the decade of staple white, grey and navy, which are either classic or boring depending on your point of view. If you want to expand the colours you wear, look to the decade’s rich brown, burnt orange and tarnished yellow as a starting point. These warm colours suit almost every skin tone and let you add some brightness without going close to the neon trend. 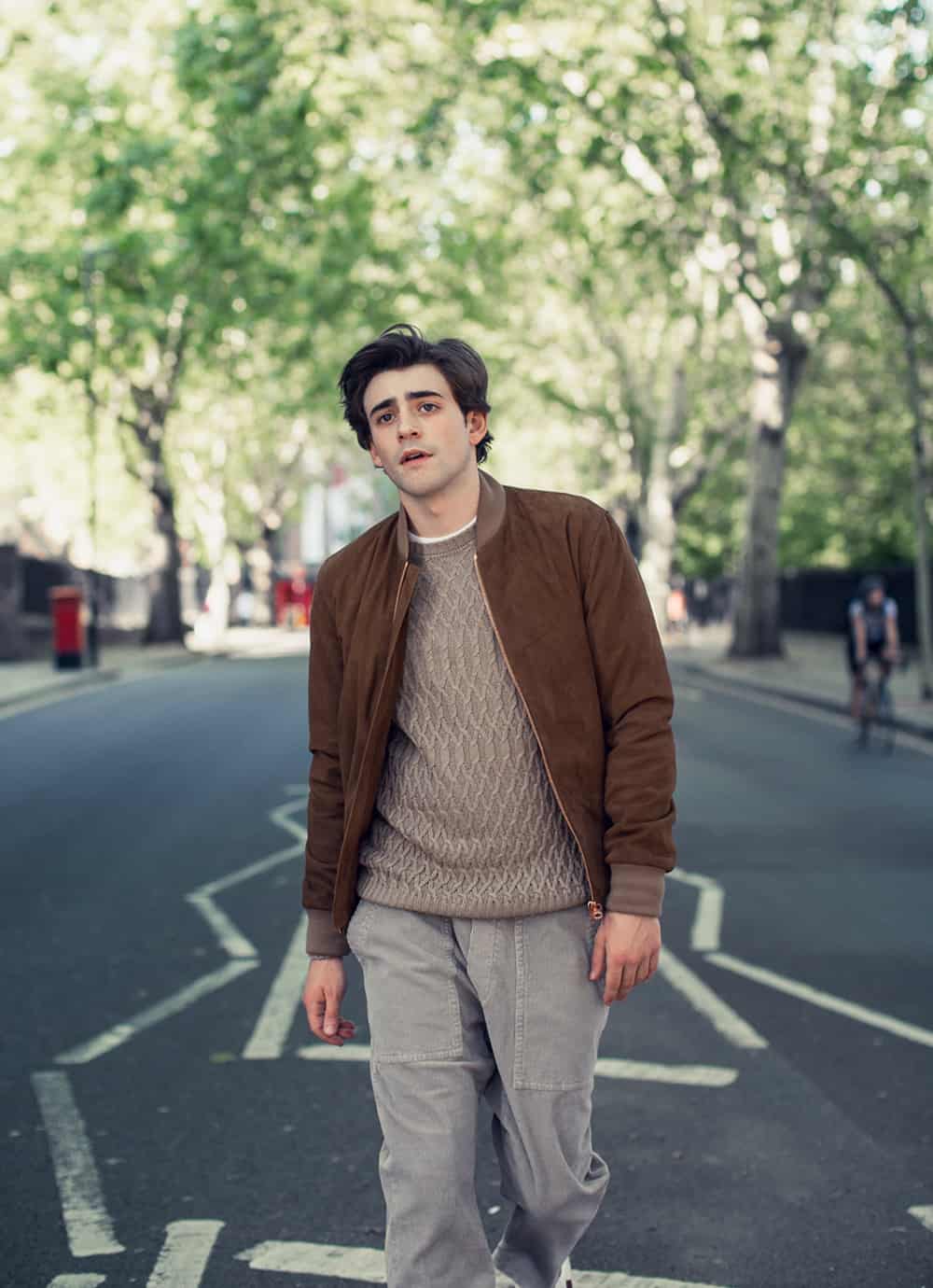 We Can Wear Heroes

The ’70s is unfairly synonymous with bell-bottom trousers and shirt collars so wide that you have an albatross wingspan around your neck. Borrow other, more wearable, hero pieces from the decade and they’ll fit in with the staples already hanging in your wardrobe. Roll necks, patterned knitwear, corduroy trousers and suede jackets are all big-impact pieces that are nevertheless easy to style.

You don’t have to go the full Elton in feathers or a bejewelled baseball suit to make a style statement. Patterned shirts, bold colour combinations, big eyewear and long hair turn heads just fine, and we have the ’70s to thank for all of them.