The Brands That Make James Bond

No matter how ‘gritty’ James Bond‘s recent cinematic appearances are intended to be, the fact remains that 007 is a fictional character. But that’s not to say the man can’t teach you a thing or two about style. If you’re eager to add some British Secret Service style to your looks, knowing what Bond wears is only half the battle.

To that end, these are the spy’s most trusted labels, worn by everyone from Connery to Craig, plus a few words of advice on dressing to kill. And not a ‘shaken, not stirred’ pun in sight. 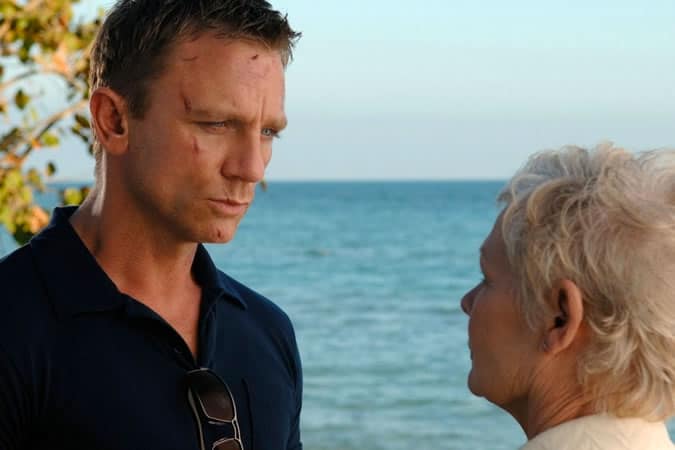 Where better to start than the basics. Luxury basics, that is. Known for its premium off-duty pieces, British label Sunspel entered the world of espionage with Casino Royale (2006), in which Daniel Craig wore its nattily tailored Riviera polo shirt.

“We had worked with costume designer Lindy Hemming for years and she really wanted to use Sunspel in the film,” says Sunspel CEO Nicholas Brooke. “After visiting our factory, she picked a polo shirt from the archive and we updated it with a contemporary fit for Daniel.”

But it’s the 1860-born brand’s underwear that Bond favors for Spectre. “We sent our stretch cotton trunks and briefs in navy and white.” From Sean Connery’s Anthony Sinclair suits – worn by the Scotsman for every Bond film from Dr. No (1962) to Diamonds Are Forever (1971) – to Pierce Brosnan’s appearances in Brioni, Bond has always been defined by his tailoring.

But while tradition-steeped British and Italian tailoring houses have outfitted 007 for the bulk of his career, 2008’s reboot of the brand, Quantum of Solace, saw Texan-born eveningwear designer Tom Ford take the reins.

And for good reason. Known for his contemporary takes on mid-century menswear, Ford combines premium materials, slim, form-flattering cuts and exemplary Italian craftsmanship to create tailoring – from Quantum of Solace’s overcoats to Skyfall’s ‘O’Connor’ dinner jacket – that looks modern while on Her Majesty’s secret service. As fabrics go, delicate cashmere isn’t the most butch, but then again, Bond isn’t exactly a bar brawler. Known for its luxuriously soft handfeel, this premium wool has been at the core of 007’s wardrobe for years, from Timothy Dalton’s checked cashmere blazer in The Living Daylights (1987) to Pierce Brosnan’s Ballantyne knits in Die Another Day (2002).

As with many other elements of Bond’s wardrobe, Craig’s outings as Bond have marked departures in brand allegiances, with 1936-born Mayfair label N. Peal now the spy’s knitwear go-to.

Find the upscale knitwear brand’s round neck cashmere jumper (masterfully styled with a one-of-a-kind Barbour jacket) in Skyfall or see its charcoal roll neck showing off Bond’s brawl-ready silhouette in one of Spectre’s official promo posters. There are, unsurprisingly, very few similarities between British royalty and Bond, but a love of Turnbull & Asser shirts is one of those rare exceptions. More than 130 years old, the storied Jermyn Street shirtmaker has dressed some of the world’s pre-eminent men – including Connery and Brosnan in Dr. No and The World Is Not Enough (1999), respectively.

“Our relationship with Bond began back in 1962 with the release of Dr. No,” says Turnbull & Asser head of design, Dean Gomilsek-Cole “Terence Young, the film’s director, was a customer of Turnbull & Asser and saw our shirts as a perfect wardrobe piece for the suave character they were creating.”

Soon afterwards, Connery was brought in for fittings and the ‘James Bond cuff’ – a two-button cuff with a turn-back detail – was born. Bond has done his fair share of sh*t kicking throughout fifty-odd years on the big screen. And few would argue that he didn’t look damn good doing it, too.

While legendary British shoemakers Church’s and John Lobb shod Bond for many a mission, Northampton-based Crockett & Jones have been the more recent shoemakers of choice, with the label’s footwear having cropped up in Skyfall and its current season Alex (a wholecut Oxford), Norwich (a Dainite rubber-soled Derby), Radnor (a Commando rubber-soled boot) and Camberley (a double monk-strap boot) styles all starring in Spectre.

“All of the styles that have been provided for Bond are Goodyear-welted,” says Philippa Jones, export manager and fifth-generation family member at Crockett & Jones. “It’s a technique widely known to produce very comfortable and durable shoes – I suspect the latter being more important in this particular case.”

Requiring over 200 operations spread out over an 8-10 week period, each pair of Crockett & Jones shoes and boots is testament to steely determination – a fitting choice of footwear for a man who, for the greater good, often finds himself sprinting on top of train carriages or, you know, tobogganing down the side of a mountain in a cello case. If there’s one thing James Bond understands, it’s the importance of a good watch. And while we can’t tell you where to find one with an in-built buzz saw, integrated detonator or laser beam functionality, we can suggest you look to Swiss luxury watch brand Omega’s world-renowned Seamaster if you want to tap a little of 007’s timeless style.

Although it was Rolex that Bond creator Ian Fleming named as the British spy’s favored watch brand in 1963 novel On Her Majesty’s Secret Service, every Bond film since GoldenEye (1995) has featured a variation of the carefully crafted and subtly detailed Seamaster. 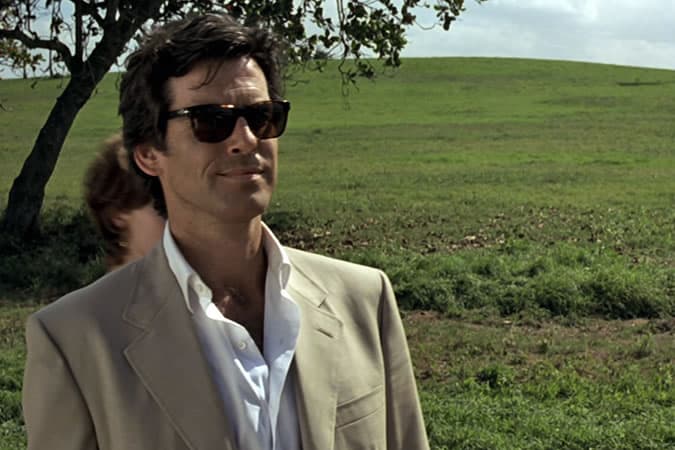 Whether a ring camera (1985’s A View To A Kill), car invisibility cloak (Die Another Day) or bagpipe flamethrower (The World Is Not Enough), Bond’s success has been built on his arsenal of (admittedly sometimes outlandish) gadgets.

No surprise then, that his chosen eyewear label is known for its effortless marriage of sophisticated technology and peerless style. Persol, founded in Turin, Italy in 1917, has made its name on eyewear built for purpose – whether that’s an ambitious expedition in The Himalayas or a Russian space mission.

While Cartier, Bogner and Cutler and Gross have all at one point or another graced the bridge of Bond’s nose, Persol has made more appearances – including GoldenEye, Die Another Day and Casino Royale – than any other Bond-approved optical brand.