Misinformation is dangerous. Whether you’re placing a bank-breaking bet, or taking Google’s word for it that the weird pain in your left hamstring is probably about to kill you, making conclusions based on falsity can have serious repercussions.

The same goes for your hair. Blithely accept any and all advice people give you – from washing your hair every day to never washing it again – and your barnet could suffer. Don’t let your hair fall victim to these false claims; follow this guide to telling follicular fact from fake news.

An old wives’ favourite, the thinking that forcibly yanking the first signs of ageing from your head will only speed up the process is rooted in the misconception that hair grows in the same way as a plant.

“If you split a plant’s root, both stems may flower, but plucking hair will do just that [and nothing more],” says Iain Sallis, hair loss specialist and director of the Hairmedic clinic. “If you simply break the hair at scalp level – and you don’t pluck the entire hair out – it will still grow, but not in multiples.”

Since one grey hair usually means more to come, continuing to pluck them might not leave you much to work with either. If the silver’s spreading up top, stop plucking and resolve to greying gracefully, or touch up problem areas with a dedicated dye. For this cranium-based cock and bull story to be even slightly true, your hat would have to be tight enough to cut off circulation to the follicles, in which case you’d probably be too passed out to care.

But that snug new snapback doesn’t come without risks. “Hats don’t cause hair loss but wearing one every day can lead to hair breakage and damage because of the continuous pressure being placed on the strands,” says Chris Ward, owner of Huckle The Barber.

So while you’re free to shop this season’s selection of baseball caps, remember to give your head a break every once in a while, and make sure it sits on, not strangles, your skull. Think snowy shoulders are caused by a thirsty scalp? Think again. One of the many embarrassing body problems men face, dandruff is often mistaken for dry scalp because the symptoms of the two conditions are similar – but they’re not the same.

“Scientists believe dandruff is caused by a yeast imbalance in the skin,” says Sallis. “We all have yeasts on our scalp, but one in particular – known as Malassezia furfur – can proliferate and trigger an inflammatory response in the skin. This causes the topmost layer of the skin to cleave off erratically, leading to the white flakes you see on your hair and clothes.”

Dandruff won’t be eased by drinking more water and knocking back cod liver oil capsules, so try a mild antifungal shampoo designed to irradicate the associated symptoms and leave your scalp calm and fresh. Hair Needs To Be Shampooed Daily To Keep It Clean

In a world almost comically obsessed with cleanliness, you’d be forgiven for thinking your mop requires daily cleansing. But just like that industrial-sized bottle of hand sanitiser your hypochondriac colleague carries around, it could be doing more harm than good.

“Everybody’s hair generates oils at different rates,” says Denis Robinson, creative director at barbershop mini-chain Ruffians. “You should wash your hair when you feel it’s beginning to get greasy – for some people that could be daily, for others it could be up to a week.”

To absorb oil, impurities and product build-up in a pinch, turn to dry shampoo. But don’t make this your go-to every day as overuse can lead to scalp conditions and even hair loss. 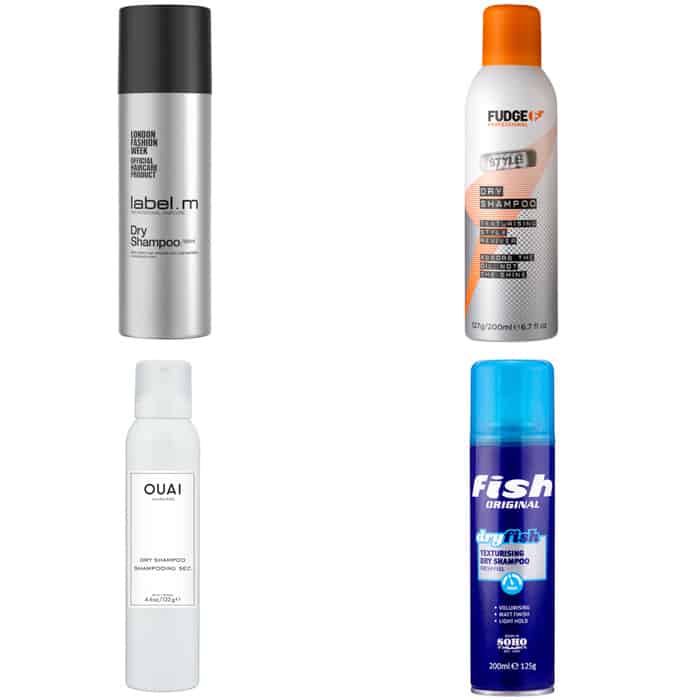 The More You Cut Your Hair, The Faster It Grows

There’s nothing wrong with a weekly visit to the barber (bank balance permitting) to keep a low fade looking fresh. And the fear that doing so will cause your locks to lengthen at a faster rate is simply BS.

“Hair is a protein fibre,” says Sallis. “Although the bulb that produces the fibre is alive, the hair itself is neither living nor dead (to be dead it would have needed to be alive in the first place) and so cannot be stimulated by anything, including cutting.”

The rate at which your hair grows is mostly determined by your genes, as well as lifestyle factors such as diet. If a thinning thatch is the problem, it is possible to give the illusion thicker growth with products that maximise the volume of individual strands. A Cheap Haircut Is Just As Good As An Expensive One

Sure, in the same way a sandwich bag is just as good as an actual condom, and a back alley tattoo definitely won’t leave you infected with some Victorian disease.

As with the latter examples, there are some things worth shelling out on. A haircut is one of them. “It’s the old rule of you get what you pay for,” says Ward. “Certain barbers will cost more because they likely have spent more on education, on equipment, everything that goes into a good trim.”

Of course there are exceptions. If a short military haircut is your weapon of choice, it is possible to do it yourself at home with a solid pair of hair clippers but consider less frequent trips to the barber to have the neck and ear areas tidied up professionally. A Sudsy Wash Is A Better Wash

Blame it on marketing bods, but there’s nothing intrinsically cleansing about a sudsy wash – we’re simply trained to think of shampoos and body washes that triple in size as being particularly effective.

“The truth is a shampoo doesn’t need to foam a lot to get the job done,” says Robinson. If anything, a shampoo that’s packed full of sulfates (the chemicals that help them foam) could wreak havoc on your scalp if used too frequently, irritating it and drying it out.

Instead of looking for lather, prioritise ingredients such as Panthenol, a vitamin that eliminates dirt while helping the hair retain moisture, giving it a healthy appearance. You Can ‘Train’ Your Hair

Unlike your muscles, the way your hair grows can’t be honed. No matter how much you comb, blow-dry or style what’s on top of your head, using brute force (and a whole chemist’s worth of products) won’t permanently change its type or shape.

“When you sleep with damp hair, then wake up and discover it’s been moulded into a weird shape, that hasn’t changed your hair growth – it’s simply altered the form of the hair’s shaft, not the direction the hair grows through the follicle,” says Robinson.

Hair styling products such as pomade and hairspray can offer a temporary fix, helping to mould your mane into a shape you like, but because these can’t influence how your hair grows at root-level, their effects generally won’t last beyond a wash. Your Mum Made You Go Bald

Your ma might stress you out, but a bald head or receding hairline is one problem you can’t pin on mother dearest.

There are other causes too, such as stress, medication or a sensitivity to DHT — a by-product of testosterone. If worried, consult a doctor and ask whether over-the-counter balding treatments such as Finasteride or Minoxidil could be the answer. Hair Grows Faster In The Sun

For all it’s flaws — increased photoageing, heat exhaustion, melanoma — that big radioactive mass in the sky does have its benefits, providing you play it safe. Dramatic hair growth, however, is not one of them.

“Loads of guys opt for a short haircut before hitting the beach because they’re worried it won’t last, but that’s not the case,” says Ward. “Hair does grow quicker in the sun because of increased levels of Vitamin D, but the difference over a short holiday will be minimal.”

That’s not to say you don’t need to look after your locks. Along with chlorine and salt water, UV rays can damage the outside cover of the hair strand, called the cuticle, resulting in a dry look and feel. Arm yourself with a protective treatment and follow up with an after sun conditioner for a totally beachin’ barnet. The Best Electric Cars For Every Kind Of Drive
9

How To Get Justin Timberlake's Haircut
10