It’s a long drive down this road we call life, and along the way, your brain will absorb constant gems of new information, sometimes without you even noticing. Little tidbits that will serve you well until your dying day.

Some of these will be microscopic practical realisations – don’t stare at the sun, don’t drink yellow snow, don’t tattoo your neck – while some may unlock the answers to bigger philosophical questions. And, of course, others will just be simple lessons in how not to dress like a plonker. Like these 16 style epiphanies, all men discover sooner or later.

Not Every Item Needs To Make A Statement

Hawaiian shirt, yellow flip-flops, colour-pop pleated trousers – these don’t spell out ‘Doctor of Fashion’, they spell out ‘man who had a nervous breakdown’. The lesson here is quite simple: don’t dress like you’re on a mountain of drugs.

If you do want to experiment with something a little more Liberace, choose a single statement piece and build around it with classic, pared-back items. On some level, we are all an accumulation of influences from people cooler than us, but ape your friends (or celebrities) at your peril.

Not only will everyone notice and start nudging each other when you’re not looking, but it can also trigger a ripple effect that ends with one of you in prison and the other one in a witness protection programme. No one likes to get Single White Femaled. Especially men.

You’re Either An Earring Guy, Or You’re Not

There’s no exact science to men’s jewellery, and unfortunately, it’s not something you can accurately predict without going through the barbaric rigmarole of having someone else spear a needle through your earlobe first.

Then, and only then, will you be able to assess whether you’re an earring guy or not accurately. Harrison Ford, for example, is not an earring guy, no matter how hard his left ear tries to convince us. 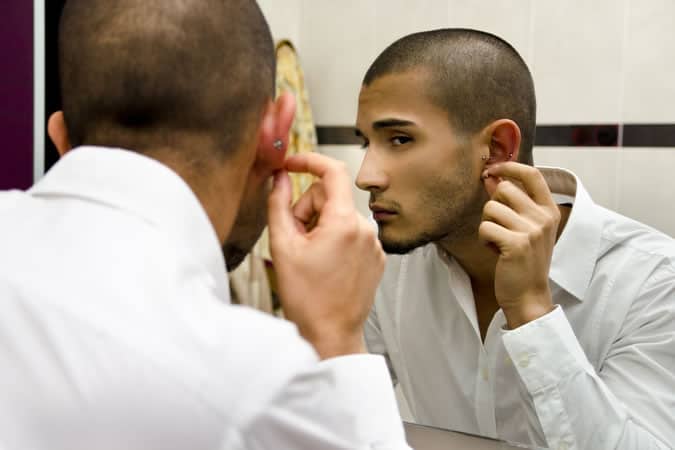 You think you look like James Bond emerging from the ocean (yes, in a suit) before wandering into a bar to order a martini or casually kill a guy. But get it wrong and you look more like a 16-year-old who went to prom in his dad’s suit.

If it doesn’t fit you or suit your body type, it’s no better than a matching velour tracksuit. Two words: find a good tailor. Okay, granted, that’s actually four words, but you get the point.

It can be easy to get caught up in the insane whims of fashion, as you find yourself making a grand entrance in a sarong and what looks like a dressing gown.

But there’s a reason why all the fashion greats, from Steve McQueen to James Dean, kept it simple. Because it just works. It’s amazing how far you can get in pair of straight-cut jeans, a well-cut tee and a cool jacket. Your Hair Should Not Be Overcomplicated

There’s not a jury in the world willing to forgive frosted tips, or a gelled-down fringe, or that weird phase you went through with the blond stripe down the middle, or the spiky front bit and the soft, feathery back.

The key to good hair is to understand how yours works with your face and to stick to the simplest and most obvious cut there is – side partings, French crops, slick backs. Under no circumstances should you give your hairdresser carte blanche to dick around.

Not All Trousers Actually Look Good On You

There are innumerable styles on offer for your bottom half. And while you’ll no doubt try them all (to varying degrees of success) over the years, the ultimate aim is to know your style, size and age to avoid looking like a clown. 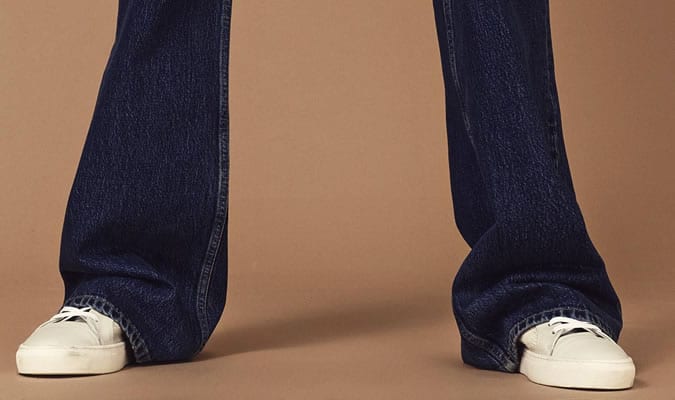 Nose Hair Is As Important As Head Hair

It’s a phenomenon that has baffled grooming bods since cavemen used hinged shells to tweeze whiskers from their face. From around the age of 30, men’s hair starts to migrate from where they want it (their heads) to where they don’t, chiefly their ears and noses.

The rule is this: if you can see it, so can everyone else. In that case, arm yourself with some nose trimmers and get, well, trimming.

Here’s a public service announcement: it isn’t just suits that can benefit from a trip to the tailors. Trends Aren’t As Good As A Signature Style

At some point during your sartorial puberty, crackling light bulbs will start repeatedly exploding above your head, as you realise that you have developed your own nose for what looks good, and no longer feel the need to tick off every seasonal trend.

It’s like you’ve chucked your armbands out of the window, or enjoyed the ritual burning of bicycle stabilisers. You’re a man now. And best of all, the light bulbs bit was a metaphor, so there’s not even any cleaning up to do.

In Grooming, Less Is More

When it comes to your wardrobe, there are benefits to being both a minimalist and a maximalist. The same doesn’t apply to your grooming regime.

Before most guys hit the sweet spot with a streamlined, but effective, routine, they switch from thinking a single block of soap covers does it all to leaving the house with oil-slick hair, enough cologne to double up as chloroform and eyebrows plucked to resemble two dancing sperms. You better hope they grow back. The way things are going with the world, you probably only need two coats. One heavyweight overcoat that will keep you warm during the (nuclear) winter. Then another, much lighter one, for when climate change forces us all to live in a smouldering, volcanic microclimate.

But what the hell: in the short term, why not allow yourself an extra, medium strength one for autumn – such as a classic trench.

Different Hairstyles Stop Being Cool After A Certain Age

Could you imagine David Attenborough with a man bun? Or Nick Jonas with a set of Trump-esque barbershop sweepings on his head? No and No. The reason for this is clear.

Certain hairstyles work for certain ages. There’s no science to it, it’s just true. Which also means that different hairstyles stop being cool after a certain number of candles. Trust us, you’ll see. Building a perfectly curated wardrobe involves a lot of trial and error. Unfortunately, at least for the early stages, it’s often more of the latter. During this time you’ll go through Oxford shirts baggier than a bag of bags, and jeans tight enough to turn your gonads into gone-nads.

Rather than stand to point our your alien-like proportions, this teaches that some stores just ain’t for you. Whether you’re a rugby guy or anything-but-big-and-tall, find where does the best-fitting in every core basic. It’s knowledge that will serve you well for decades.

Show Your Feet Some Respect

Just as a princess has to kiss a lot of frogs before they find their prince, you will likely have to work your way through a conveyor belt of bad shoes before you find the ones that fit you perfectly – like Cinderella and her glass slipper.

Fairytale metaphors aside, the point is this: if you want to expedite the process, avoid extreme shapes – particularly anything too pointy or too square. Cheaper Is Rarely Ever Better

There comes a time when the mountain of man-made fibres zapping you with a thousand static shocks every time you reach into the wardrobe is going to need to be replaced – a single stray spark and those things are bursting into flames.

Bid farewell to cheap garments (which, of course, is different to inexpensive) and say goodbye to the constant threat of combustion by instead investing in a small cluster of well-made items that will stand the test of time.

Killer summer style moves are hard to come by, unless you consider too-short shorts or a radioactive sunburn a means of bagging menswear kudos...