Adidas Originals used Twitter to debut its spring/summer 2014 collection. “Progressive styles for the boys in the #adidasOriginals SS14 Lookbook,” revealed one post.

A link included in the statement directed viewers to the brand’s Tumblr account, which hosted images from the campaign. Maintaining the line’s signature look, the casual athletic collection blends classic, as well as vintage, aesthetics with modern cuts and patterns.

Outerwear receives a moment, with bomber and track jackets sitting alongside jersey shorts and hoodies. The remainder of the lookbook showcases button-down shirts, t-shirts, sweatshirts and baseball-style cuts featuring graphics that range from bright patterns to digital animal prints.

For SS14, Adidas Originals is incorporating trainers on a much larger scale than in previous seasons, with design bosses introducing several styles based on previous 1980s silhouettes.

For instance, according to a December 2nd update from the brand, the Rivalry Lo basketball shoe returns in solid-colour form. Originally, the style featured a two-tone design.

The Halfshell 80s will also join SS14’s line-up. Adidas has kept the two-tone look intact but replaces the original ‘shelltoe’ with a ‘halfshell’.

All trainers are due to arrive in stores one the first day of the New Year. However, an official release date for the remaining SS14 collection is yet to be announced. 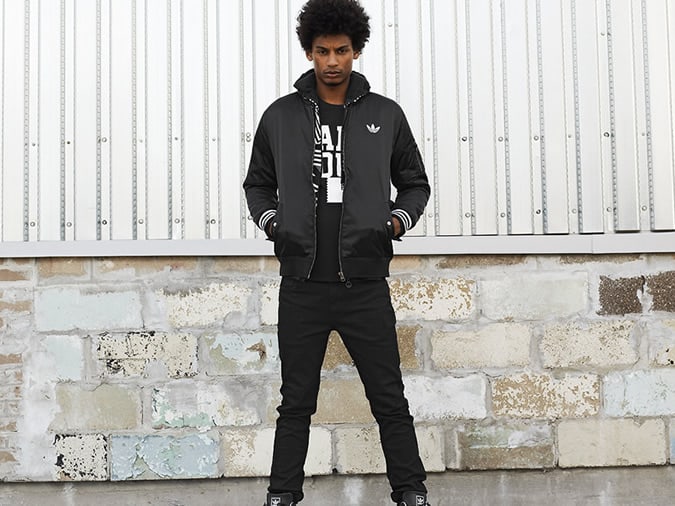