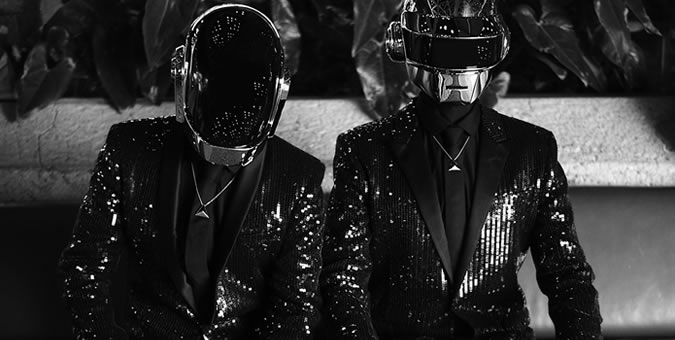 It’s that time of year again. Stylish gentlemen everywhere have begun to dust off their velvet dinner jackets and shine their smartest loafers for the arrival of the party season. However, for a period that is meant to be about fun and celebration, it can all start to feel a bit habitual and lifeless.

So for AW13, why not try injecting some new energy into your party wear whilst paying homage to the trend du jour? And what better way to get pumped for the season of decadence than by reaching back to a time when looking good on the dance floor was all that mattered?

We are of course talking about channelling the style and spirit of the seventies, a trend that was huge across the runways during the AW13 previews. Forget the questionable hairstyles and flares; this look is a sharp and contemporary update by way of metallics and statement high-shine pieces.

Not all the fun should be left to our fellow female fashionistas. Abide by some basic rules when adding shine and sparkle to your outfit and you’ll create a look that is still bold and masculine. In this piece we delve deeper into the retro revival and show you how to bring it bang up to date, just in time for your Christmas bash…

Last winter saw menswear from the 1920 and 1930s receive a modern makeover thanks to Baz Luhrmann’s blockbuster big screen adaptation of The Great Gatsby. The dapper style features of this time period could be seen everywhere – from oversized peak lapels to dandy pocket squares – prompting guys to sharpen up in the most time-honoured way.

Meanwhile, both the rebellious attitude of the 1980s and sporty element of the 1990s have made several reappearances across casual attire in recent years, making it no surprise that a resurgence of stylish yet subtle 1970s disco flair is on the way.

We saw early signs of a seventies revival taking place this year when electro extraordinaires Daft Punk made an extremely successful return back in the spring. Not only did the French duo’s addictive/overplayed anthem Get Lucky feature a delightful return to the sound and spirit of the seventies, but so did their style:

In fashion, designers from Walter Van Beirendonck to Raf Simons sent retro-inspired pieces down the AW13 runways at London Collections: MEN, making ‘Sartorial Seventies’ a key trend for the season.

Simons’ collection saw everything from patterned wool tank tops to fluid trousers make an appearance, whilst huge shirt collars and cuffs were prevalent too.

Elsewhere, Beirendonck focused on the theatricality of the 1970s with multidimensional shine, retro knitwear and other glam rock influences taking centre stage:

It would appear that the influence of David Bowie’s style and sound could be found in both designers’ collections, which is unsurprising in a year that has centred so much on the glam rock icon’s return to the music industry.

It would be hard to examine a 1970s trend without citing the legendary Ziggy Stardust character at some point, with the instantly recognisable lightning bolt and androgynous features playing a significant part in Beirendonck’s collection in particular.

Although 1970s fashion in general appears to have made a comeback on the catwalk this season, it’s disco style that is being revisited for the forthcoming party season. The trick is, of course, to keep the look sharp yet subtle.

We’ve all got a very distinctive picture in our minds when we think of disco style. Whether it’s shiny polyester shirts with pointy collars or necklaces featuring medallions, the style of the seventies has almost turned into a parody of itself – reserved for occasions that require fancy dress.

However, at FashionBeans we see it as a challenge to take a style stereotype and turn it on its head. The confident spirit of the 1970s is as relevant today as it ever was when it comes to the party season; the look simply needs a bit of fine-tuning.

Aforementioned style icons Daft Punk managed to do this perfectly earlier this year when they stood beside Pharrell donning sharp yet sparkly Saint Lauren suit jackets.

Take a page out of the robots’ books: keep shape and form sharp and sleek whilst getting flamboyant through choice of colour, fabric and detailing.

Pick a strong statement garment and tone it down with simple, tailored pieces. For example, if you choose a sequin-embellished blazer, pair it with sleek black trousers and a crisp white shirt.

Opting for a pair of metallic brogues? Keep everything else minimal to nail the aesthetic. Below you will find some example looks that shows you just how to pull off a modern, 1970s-inspired party look with aplomb:

By today’s standards, many elements of 1970s style appear dated and even sometimes comical. But as the party season gets into full swing once again, it’s the perfect time to take a few risks and make a sharp sartorial statement that turns heads for all the right reasons.

Set yourself the challenge of taking on the retro disco look and giving it a fresh and contemporary reworking, perfect for 2013 and beyond. You’re probably thinking some of the looks Raf Simons and Walter Van Beirendonck sent down the runway might be a bit adventurous for the office Christmas party, but it’s all about adapting elements of the trend to fit your own style and the setting.

Whether you opt for a subtle retro-inspired pocket square or a more daring shimmery dinner jacket, you’ll feel confident and of-the-moment at every event you attend over the Christmas period.

After all, the party season should be fun, light-hearted and a little over the top – which is exactly what 1970s style is all about.

The Chris Evans Beard: How To Get Captain America Facial Hair
2