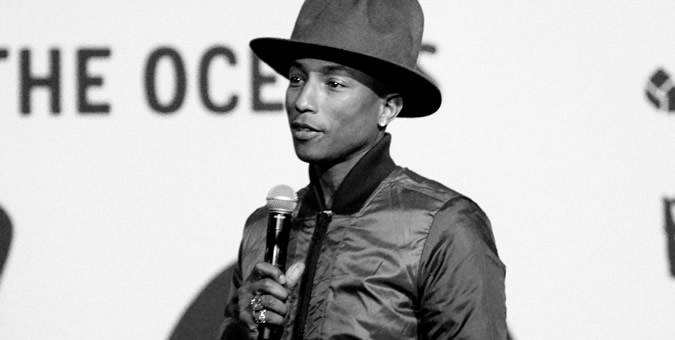 Global icon Pharrell Williams is hoping fans will be ‘happy’ with his last venture as creative director of Bionic Yarn.

The musician announced a collaboration between the eco fabric firm and G-Star Raw. Between them, the pair intend to create a denim line using thread made from recycled plastic collected from the ocean.

Williams was at the American Museum of Natural History in New York City where it was announced that he would co-design line titled ‘Raw for the Oceans’.

The partnership will see G-Star Raw release special ranges under the Raw for the Oceans name, as well as include the eco-friendly yarn within its existing pieces.

This project is not the 40-year-old’s first high-profile collaboration either. In 2008, he co-designed a series of glasses and jewellery for Louis Vuitton.

Dutch denim company G-Star Raw is renowned for its innovation. In 1996, the brand was the first to release raw denim products, which were untreated and shipped directly from the factory.

“Working with G-Star was an obvious choice, because they have a legacy of pushing the boundaries of fashion and denim forward.”

“Bionic Yarn is a company built around performance, and denim is the perfect category to show the world what Bionic Yarn can do. Everyone has jeans in their closet,” he added.

The first collection is set for launch online and in G-Star stores on 15th August 2014. For more information visit www.g-star.com/rawfortheoceans.