When the warm weather arrives, so do your insecurities about being seen with your top off. Hence adverts that promise fat-burning potions, shakes that build muscle overnight, and gym equipment salvaged from the Spanish Inquisition that promises to turn beer belly to washboard in six easy payments. But ignore these drastic interventions. If you’re no stranger to the gym, then the best route to a better body is to fix the missteps that undermine your sweat. So switch off the infomercials and start crafting that beach physique.

You’re Disciplined In The Gym, But Not The Kitchen

Your beer belly is, to grossly simplify human physiology, the result of some basic maths – calories consumed minus calories expended. But the left-side of that equation is punchier than the right. If you run a marathon, you’ll torch around 2,500 calories, in four hours of nipple-rubbing, toenail-losing torture. But all that work’s undone by one pepperoni pizza, which clocks in at 2,570 kcals. In, let’s face it, half an hour (or less). Your body has, over millennia, developed all manner of methods to keep you alive. And when it senses an energy imbalance because you’ve suddenly dusted off that gym membership, it tries to ramp up calories ‘in’ to counter the sudden increase of calories ‘out’. (Related: How to lose your belly without running) A study from the University of Ottawa found that people ate more after intense exercise than when they hadn’t worked out, in some cases counteracting their sweat session entirely. Remember, your body is built in the kitchen. Even if your brain thinks an hour of kettlebells buys a large stuffed crust. Your fix is to eat slow-release carbs before you hit the gym, to give you enough energy to work hard, then a high-protein snack – think tuna or some chicken breast – once you’re out of the changing room, which provides fuel to rebuild torn muscle and kills hunger pangs. And remember – if you buckle to Just Eat, you’ve wasted an hour of agony. Your Workout Routine Is Too Routine

Your January gym membership came with a free PT session, which you accepted gladly, but were too savvy to fork over £30 an hour to continue. I’ve got the routine now, you thought. I’ll just do it on my own. But after some quick results, your progress has flatlined. Exercise forces your body to adapt to something new. Practice makes perfect and, if you do the same exercises every week, your body learns to do them perfectly. A study from California State University found you need to overload your muscles to see physical change – which means if you’re doing the same regime as when you started, you’ll look the same as when you started. It can be as simple as increasing the weight you use, the speed you run at, or adding a new move into your routine. But every time you leave the gym with something left in the tank, make sure your next visit is a step up. (Related: How to train less but get better results) Most people have a preference for either cardio or weight lifting. But a better body comes from combining the best of each. The further you can run, the quicker you recover between squat sets. And the stronger you are, the more efficient your body becomes, meaning you can go further, and faster, for longer. You’ll burn your belly off faster too; according to a study in the Journal of Sports Science and Medicine, people who pair aerobic and resistance training eat 517 fewer calories a day than those who do only cardio. That’s nearly a whole Big Mac. The best way to combine both forms of exercise is through high intensity interval training (HITT). HIIT cycles between short bursts at maximum effort, then brief rest periods. Because you’re working for time, as your fitness improves, so does your performance. Which means that each session you run faster than before, or lift more weight than before, and ensure that all-important overload. Set up a circuit that cycles between cardio and resistance moves – think sprinting, deadlifts, step-ups, press-ups, squat jumps and shoulder presses – and do 30 seconds at max effort, rest for 30, then move onto the next exercise. Rotate through the entire circuit four times to burn blubber and build muscle, plus ensure that your regime never gets a chance to stagnate. Burning The Candle, Not Your Love Handles

You might fancy just one more episode of The Walking Dead, but besides shuffling around like one of its extras the next day, late nights are bad news for your physique. Not getting enough sleep increases stress levels, spiking the levels of the hunger hormone, ghrelin, and causing leptin – which makes you feel full – to flatline. Your willpower also nosedives, according to a review in Frontiers In Human Neuroscience, which makes a McDonald’s breakfast that much more tempting than scrambled egg whites. If you’ve hit the gym, sleep is also vital for transforming that work into results. Your body rebuilds when you’re out cold, so every hour shaved off the eight it wants is less time to turn sweat into pecs. Shut the laptop and get some shut-eye. You’ll sleep easier seeing your middle firm up. (Related: 4 tricks for better sleep) You’re Looking For A Quick Fix

The biggest culprit that kills progress is expecting too much, too soon. Don’t believe the shopping channel: no supplement will burn your beer belly in weeks; no electric belt will build a six-pack without you having to work. Results come to those who are persistent and consistent. Punchy expectations mean you’re doomed to disappointment. Exercise starts with flexing your willpower, and if you’re not seeing the progress you want, it becomes easier to skip an evening in the squat rack for a night in the pub. This ‘false hope syndrome’ makes it harder to continue, according to a study in American Psychology. Every failure makes it tougher to get back on the pommel horse. The key is to set achievable goals based on concrete targets. ‘Build a better body by summer’ is nebulous and impossible to stick to. But ‘lose 4kg in a month’ is trackable and, when you hit, provides impetus to keep going. Each win encourages you onto the next one, according to research presented to the American College of Sports Medicine. So your summer physique is a handful of small steps away. Not one giant leap. 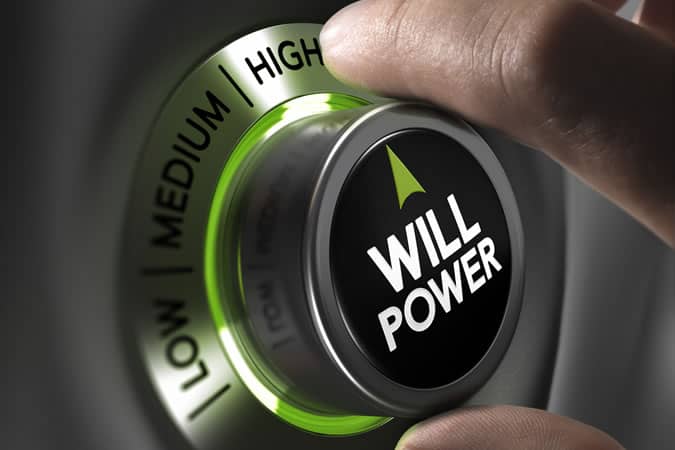 Now Watch: 10 Things You Need To Do Every Day To Be Ripped

There are many reasons to hate the squat. It's hard to get right, for one. It hurts for days, too. So the thought of...

Anyone with a passing knowledge of biology knows that testosterone is the male growth hormone. It kicks in during puberty and is what makes...