No matter how hard they’re trending, some pieces of menswear will always be fashion Marmite. (We’re looking at you, roll necks.) The chore jacket, however, is not one of them. Cut from indigo-dyed denim for a lived-in wash, this Quiksilver take on the workwear staple is more comparable to fashion pizza. And who doesn’t like pizza? Exactly. The date is 1849. The place: Northern California. A prospector embroiled in a mad dash for gold looks down at his battered boots and thinks, “damn, some sneakers would look pretty dope RN.” It’s a prayer answered several centuries later, with US running shoe don Saucony releasing these blinged-out kicks to mark 250 years since the gold rush. The grunge look, popularised by late Nirvana frontman Kurt Cobain, is officially back on the style main stage. But that doesn’t mean growing your hair out and wearing baggy cardigans. A check shirt is the smart way of getting in on the look, treading a fine line between rockstar cool and pleasing the mother at Sunday lunch. Unless you live in a suit (or are particularly fond of nudism), a man will always get a lot of wear out of a pair of jeans, so it pays to invest. That doesn’t have to translate into paying a king’s ransom, mind. These neatly tapered, hard-wearing examples from Californian boardsport brand Volcom come with a reasonable price tag and a handy pocket solely for your smartphone. It’s been a week of celebrations in the world of menswear, with uber-cool retailer End popping the corks at its swish new London flagship, and British designer Nigel Cabourn celebrating 50 years of pioneering outerwear. That’s an excuse for a party if ever we saw one, to which you’ll no doubt want to wear one of the pair’s new limited edition smocks, based on authentic WWII army uniforms. Blue dialled watches is a trend to, err, watch over the coming year, but here’s one for you to get your hands on right now. Created exclusively for watch retailer Bucherer, the Tag Heuer Formula 1 model is one of 18 timepieces getting a headstart on horology for 2019. Sign us up. For the finance option, obviously. Men in tights are all over your gym like it’s pantomime season, but for good reason. First things first, they aid mobility, but they also compress your muscles to reduce fatigue and improve recovery time. Helpfully, sportswear brand Björn Borg also makes pairs that wick moisture away from your skin, so you remain dry and comfortable. Well, as comfortable as you can be in the squat rack. The old saying ‘you get what you pay for’ is true for several things, particularly late-night kebabs and, in this case, knitwear. Case in point: this green crew neck by South London label Country Of Origin, which is rendered in 100 per cent warmer-than-a-hot-tub lambswool. Slot it over a button-down and under an overcoat for winter style made easy. We’ve heard of gents matching their belt to their shoes and their watch to their suit, but never a pair of sneakers with their car. That is until Lexus got behind the wheel with Bolton-based footwear brand Walsh, producing a shoe that echoes the red and black exterior of the glossy CT 200h F Sport. Va va voom, indeed. David Gandy, the man with a wardrobe full of great suits and a killer pose to go with every one of them, has launched his first ever tailoring collection at Marks & Spencer. The showstopper in the three-piece range is this fine double-breasted dinner jacket, with all the formalities covered including a set of standout contrasting peak lapels. Cold weather wardrobes don’t have to be a dirge of navy, grey and black. This season, take a walk on the White side with the new 90 piece collection from ASOS which replaces the usual winter tones with something altogether fresher, like this mint beige sweatshirt. 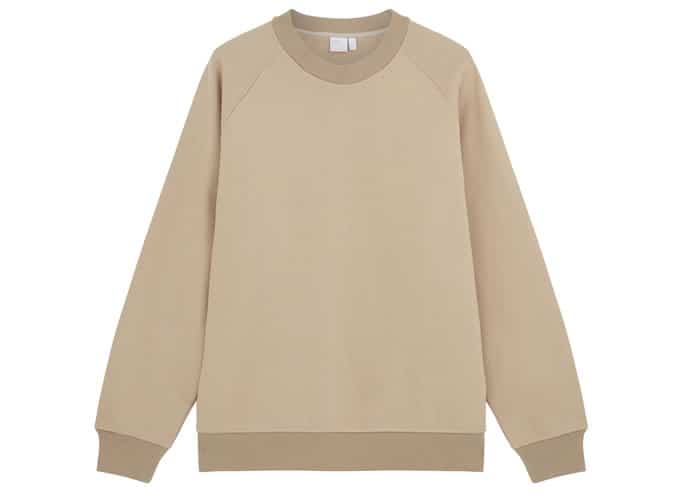 If we had to pin our stripes to any one trouser for this season, it would be this ultra slick cropped pair from Urban Outfitters. They pack just enough width in the leg to tap into the wide cut trend without completely losing out on that tailored silhouette. The days of blasting paid-for ringtones out of your banged-up brick phone are long gone. We’re now living in an age where speakers have become works of art. Which is where Bang & Olufsen comes in, having teamed up with David Lynch to apply the renowned visual artist’s prints to its powerful, but compact, music machines. The usual advice from the style set when buying a gilet is usually to keep things muted. But then came along this colour-blocked example from outdoor experts Hunter and our heads turned like a possessed Chucky doll on acid. It’s water-resistant and fitted with a concealed hood, so you can wear it loud and proud without an jacket over the top until it’s really needed. Rapper, designer and all-round sound guy Tinie Tempah has admirably leant his creative juices to the Stand Up To Cancer campaign, designing a T-shirt that not only helps raise funds (100 per cent of profits go towards Cancer Research UK) but also shows other people how they can join the battle too. Equallity is firmly (and rightly) on the agenda at the moment. Which means if the fairer sex has access to contemporary fashion brand Lipsy, then so should we fellas. Cue the labels first-ever men’s line, packed with updated versions of the classics like this sharply cut mac. Taking a break from philosophising on Twitter, actor and rapper Jaden Smith has turned his hand to creating sustainable clothing with G-Star Raw. The results are bold, which is putting it quite mildly, but strong streetwear like this digitally printed organic cotton hoodie is nothing if not for the brave. 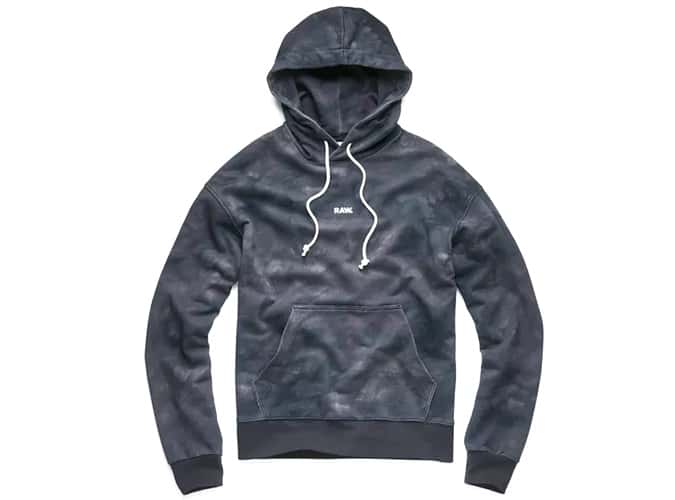 Face-numbing winds, sweaty bus rides and cranked up central heating, the autumn/winter months can do serious damage to your skin. So rub-a-dub-dub, chaps, it’s time to give your face a good scrub. Enter skincare expert Lisa Franklin, whose anti-pollution exfoliating gel stops the buildup of dead cells while also keeping ingrown hairs at bay. Proving that collaborations can do more than simply look sweet on the street, Swedish fashion brand Weekday has linked up with The Non-Violence Project Foundation on a collection to promote the charity’s mission of inspiring young people to solve conflicts peacefully. All it takes is a tasty green beanie and your support. The king of the collab, Scandi high street giant H&M has headed back in time with its latest tag-team, taking the intricate prints of 19th-century textile designer William Morris and splashing them all over pieces like this airy, patterned weave shirt. Essential Relationship Advice For Men In The Digital Age
3