Luka Sabbat's 15 Best Outfits (And How To Get The Look)

Born to a fashion stylist mum and a designer dad, Luka Sabbat would get babysat by the models at the catwalk shows his parents were working at, while the family flitted between work gigs in Paris and New York. In other words, he has designer DNA. Since he was first spotted aged 16 leaving an internship he was doing in New York, the artist formerly known as the coolest teenager in the world (he’s lost the title when he turned 20) has worked hard to remain firmly at the forefront of a youth orientated fashion scene. 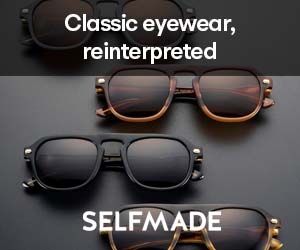 From the moment he was spotted Sabbat has steadily built his Instagram to over one million followers, worked for Dolce & Gabbana and Hugo Boss, designed the clothing for his own womenswear fashion label, starred in hit TV show Grown-ish and can now count Kanye West and Louis Vuitton’s artistic director, Virgil Abloh as good pals. So why the hype?

Far from being an identikit influencer, Sabbat has a unique, idiosyncratic style – playfully messing around with shapes, silhouettes, patterns and textures to create a riotous explosion of style and fashion that more than justifies the massive exposure he receives.

Having professed to being a fan of skinny jeans earlier in his career, Sabbat now regularly chooses a wider leg on his trousers. He is a massive fan of denim and loves to mess around with the fabric, sporting a mismatch patchwork of different shades and colours. And finally no Sabbat look would be complete without an eye-catching jacket or a hanging overcoat that billows out behind him as he struts into yet another fashion week after party. Oh, and he always wears rings on his fingers. Always.

The popularity and proliferation of the hoodie came through youth culture uprisings in the 1970s so it only makes sense that devilish young upstarts like Sabbat pull it off with aplomb. This one is a bit of a hybrid, taking the traditionally smarter pullover design and combining with the more slap-dash zip-up for a look that enjoys the best of both worlds. If you’re not wearing it as part of a layered look, then combine with skinny black jeans to retain the youthful connection. Plus the hood protects your hair from the rain. Win-win. As Sabbat has grown older he has spoken about his move away from the hype-beast brands with which he made his name supporting. But it doesn’t mean you have to throw out your whole branded wardrobe, just make sure the logos are subtle like this track top from cult skate-wear brand Palace. Track tops tap into the athleisure trend and ultra-thin nylon versions are very versatile, looking great on their own or under an overcoat. If combining with joggers, make sure they’re relatively streamlined and cut as tailored trousers would be in a neutral colour with no branding. The duster coat is often overlooked in the pantheon of great overcoats, overshadowed by it’s more famous cousin the trench. They’re both lightweight so good for transition seasons, but the duster is less structured and more loose and floaty than the trench coat. It works well as a final flourish over a complete outfit, as shown by Sabbat here, who wears it on top of a shearling denim jacket. The ban on double denim is an ancient style rule now being regularly ignored, but if you are going to do it look out for two pieces from the same label as the cuts and fits of the denim are designed to complement each other. Earl Of The Comfy Sweatshirt

Sabbat is a maestro at making athleisure look smart and tidy. His take on the sweatshirt is a prime example. The loose and baggy nature of a sweat means it works well in contrast with a tight pair of skinny jeans (not too tight mind – we don’t want any veins popping). When picking up a sweatshirt look out for loopback cotton, a top quality and extremely soft fabric that is well worth the investment. A sweatshirt on it’s own can look a bit plain so mix it up with jewellery a la Sabbat and some work boots. Lace has been a mainstay of womenswear for aeons, but not so much in menswear. However, the gender lines are becoming increasingly blurred in fashion, and frilly lace garments on gents have been championed by top fashion houses like for the past few seasons. Sabbat knows what’s up, sporting the lace like a 18th century French courtier prancing around Palace of Versailles, minus the 6ft high wig. Obviously it looks great in the exaggerated catwalk world, but to pull it off out and about, tone it down with a simple blue overcoat and some non-flashy dress trousers. Lost In The Forest

Unlike a lot of men, Sabbat is unafraid of colour, and green has been trending in recent years, as everyone started to appreciate the merits of Kermit the Frog’s favourite colour. Obviously when wearing green, you don’t want to look like a muppet, so pastel or darker shades work best. The darker hues tend to complement similarly earthy hues such as brown. Elsewhere in the outfit, the shirt tuck is unlocking the menswear elite level at the moment like nothing else, smartening up those tees ready for the bright lights of the waiting paps. Channeling rock and roll tailoring is tricky. You want to be flamboyant, but in contradiction, seem carefree about your choices like you’ve woken up and rolled onto a stage surrounded by thousands of baying groupies. You’re meant to be an otherworldly rock god (or fashion influencer) so dress outlandish, maybe in a purple three-piece with a shawl lapel to add some rakish sophistication. Then accessorise generously, filling those fingers with more silvery bounty than Johnny Depp can fit in a pirate’s boat. Blouson? Shacket? Whatever it is, a front zip can be a little risqué for most people’s tastes but if you got it then why not flaunt it? (Just don’t wear it down to your navel in public). The textured tartan on the upper three-quarters nicely makes way for an argyle print near the hem, while the bleached effect on the top of the jeans fades into the darker denim underneath. Sabbat is a virtuoso when messing around with patterns and shades, the key being not to go overboard on any particular one. Stepping into the room like a modern-day rhinestone cowboy, all eyes are on Sabbat’s flaming jacket with its two-tone pattern resembling a lava lamp. Colour-wise you don’t want to compete with it, but Sabbat is happy to flirt with a slightly off-kilter silhouette with wide-leg trousers running down to the heels of his shoes. A statement tee would be too shouty shouty so plain white it is, and goodness with all of that we forgot those snakeskin boots slithering out from his jeans. There’s A Snake In My Boots

Those pythons return, sticking their beady little heads out from underneath Sabbat’s slightly tapered black trousers. Alongside the black they stand out a whole lot more, as does the maximalist printed shirt. The look – lounge lizard strutting his stuff down sunset strip circa 1975 – is one that very few men could look good in, but Sabbat manages it. The lapel-free blazers brings a touch of minimalism to contrast with the ostentatious shirt, belt and shoes. If Joseph had been a trucker from the Mid West his technicolour dream-coat would probably not look too far away from this Levi’s denim patchwork creation. Now that the old double denim commandment is forgotten, one rule that is still a good one to keep in mind is to ensure both denims are visibly different. This usually means different shades, but here the patchwork effort works nicely with the distressed rips down below. Break up with a white tee and sneakers and the flash of a hype-beast Off-White industrial belt and hey, you’ve got wearable denim by way of high fashion. Orange Is The New Black

If you’re heading off to the ball, you may stay away from the orange, lest risk glowing up like a pumpkin once the clock chimes midnight. It’s a dificult colour to pull off, we agree, but if you do you’re bound to be the centre of attention, just like Sabbat. To do so pair with a neutral black to balance out the look. We love how Sabbat continues the bolt of colour into his kicks, as well as the fact that the non-traditional colour works so well with a menswear classic – the suede jacket. Santa’s Got a New Suit

Context is a beautiful thing, so do bear in mind that despite his admittedly out-there style, this was a look Sabbat wore for the 2017 MET Gala, a black-tie extravaganza where even a bejewelled crown might seem a little demure. This Dolce & Gabbana red tuxedo with a black trim more than lives up to the occasion. There’s no awkward bunches around the shoulders while the cropped trouser is a sure-fire way of making sure there are no breaks near the hem. And then of course if you’re wearing a tux to the most highbrow hoedown in town you really ought to go with a regal shawl lapel. Just remember not to lose a slipper on your way back down those steps. As previously mentioned, Sabbat has an enviable collection of jackets and overcoats hanging on the back of his door. Here’s another in this fine exhibit, a highly structured, checked overcoat, with straight shoulders and a contrasting lapel. Contemporary versions of the overcoat tend to stop just above the knee as this one does while the black in the lapel actually creates a motif that Sabbat echoes in his black trousers and hard wearing Derby shoes for an gentleman-about-the-town-house look. Wearing chunky snow gear in the city was once a way to send your style downhill fast. Not any more. Oversized technical jackets are now peak streetwear. As well as the silhouette, what’s impressive about this outfit though is that Sabbat has kept the colour combinations of red, black and white running through each item, from the red trim on his jacket and shirt right down to the toe-cap on his chunky trainers without ever looking too coordinated.