The Sneaker Hall Of Fame is FashionBeans’ compendium of the most iconic trainer designs of all time. From the Adidas Yeezy Boost 350 to the Air Force One, these are the kicks that have changed the course of footwear history. What makes a good sneaker design? It’s subjective of course, but there are certain shoes almost everyone can agree look good: Adidas Stan Smith, Converse All Stars, Vans Old Skool. The Adidas Yeezy Boost 350 V2 is not like them. It’s far from classic in design. Yet the Kanye West-designed shoe is one of the most hyped trainers in recent memory, and those who like them really like them. The Yeezy 350 is ugly. Deliberately so. Its sole is wide and bloated and its all-in-one sock-like upper occasionally has ‘SPLY-350’ scribbled across it garishly. But, as you’ve probably noticed, ugly, chunky trainers have never been so popular, which is partly why every time a new colour way drops it almost instantly sells out. Then there’s the hype factor, in part generated by Kanye himself, as he’s regularly pictured wearing Yeezys, as well as the limited edition drops, which ensure trainer connoisseurs’ appetites are never truly satisfied. Demand always triumphs over supply, meaning sneaker reselling prices tend to skyrocket on sites like eBay and StockX. Want a pair at retail value yourself? You’ll have to queue.

Somehow it feels as though Yeezys have been around forever. Maybe it’s the over-saturation of Kanye in the press, or his often ill-advised excessive tweeting that’s ensured he and his brand get constant coverage. But, the first pair of Adidas Yeezys were only released in 2015. 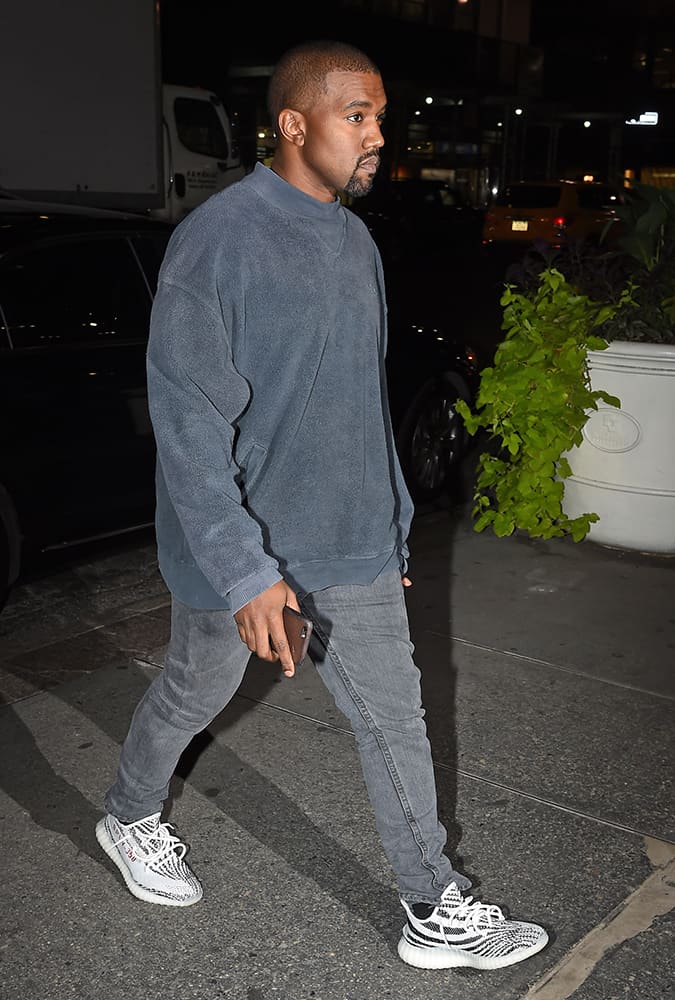 It didn’t take long for them to gain traction thanks to Kanye’s much-hyped fashion shows, which initially, each season, debuted the shoes on its models. It was a fairly conventional system – the shoes were shown on the catwalk, then made available shortly after. These days though, new colourways are released sporadically throughout the year, meaning you have to keep an eye on Instagram if you want a pair. The original Yeezy Boost 350 was released shortly after the high-top 750 in the summer of 2015. The ‘V2’ came a year later and had a subtly updated design, most notably with the sole which became wide and transparent, showing off the Boost tech underneath. Since then, numerous colourways have been released with such evocative names as ‘Static’ ‘Semi-Frozen Yellow’, ‘Butter’ and ‘Zebra’ among others. And there’s more to come.

What Makes The Yeezy 350 Great

In short, Yeezys re-wrote the streetwear rulebook. The 350 V2s in particularly have been so widely worn, and copied by other brands, that they’ve almost created their own sub-genre of shoe. Technically, with their Primeknit upper and Boost soles, the 350s should be training or running shoes. But they’re not intended to be exercised in, and 90 per cent of people who buy them won’t. Re-sell values of certain colourways exist in the high hundreds, and let’s face it you’re not going to sweat it out on the treadmill in those, are you? 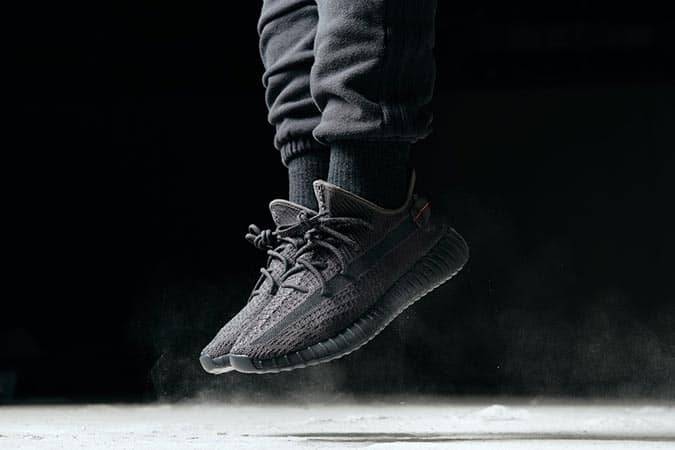 Potential profit aside, Yeezy 350s boast a deceptively simple design. The sole is the most distinctive part of the shoe, with a rounded, squashed look that hadn’t been seen before upon release, but the upper, when you take away the script, is just bog-standard knit that’s now been used exhaustively across the sneaker world. Streetwear, and now fashion trends at large, mostly exist on hype – in-demand garments that people must have, based on unique design traits, limited runs or celebrity endorsement. After a season or two, the hype fizzles out to make way for the next big thing. The Yeezy 350 though has been in-demand for three years. Yes, it’s a new design to the decades-old sneaker market, but its impact has been nothing short of huge, meaning it’s worthy of early induction into our Sneaker Hall Of Fame. How easy the 350 is to wear largely depends on the colourway you opt for. We’re not sure we can help you with, for example, the Glow (lime green, glow in the dark, reflective). But for more muted options, you can easily incorporate them into your existing wardrobe. For a failsafe weekend look, take inspiration from Kanye himself with a pair of sweatpants – although try Carhartt for a smarter option made from cotton poplin or ripstop. Up top, a cotton overshirt with large chest pockets will help store your essentials on the go, giving the look a more functional edge. Finish off with a cap and sportswear-inspired white socks to bring an added punch to the sneakers below. It’s officially layering season, when we’re all exposed to cataclysmic changes in temperature every half an hour and battles over office thermostats turn deadly....